How Discovery can compete in an increasingly crowded market for on-demand streaming.

Discovery Communications (DISC.A) is planning a big push into streaming video in 2020. The media company's cable networks are a staple of the big bundle, but management expects its direct-to-consumer and other streaming efforts to generate over $1 billion in revenue this year, accounting for nearly 10% of its total.

In a market that's becoming increasingly crowded, Discovery has several advantages that will help it on its way to developing a profitable direct-to-consumer streaming business. Here are three of its biggest. 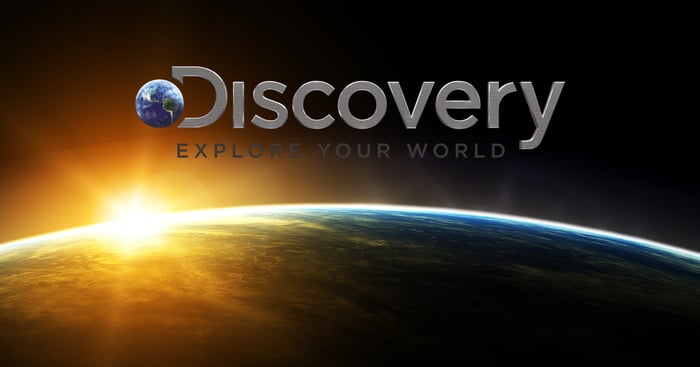 Discovery produces most of its content in house, and it doesn't license any of it to other streaming platforms such as Netflix (NFLX -0.69%). It has a catalog of about 60,000 hours worth of content that it has retained global streaming rights for. It uses that catalog on its Discovery GO platform in the U.S. and on its other regional DTC streaming services in Europe and the rest of the world.

That 60,000 hours is already twice the size of Netflix's library, management says, and it actually has about 300,000 hours of content in general. It's also adding about 8,000 hours of new content per year.

The size of Discovery's library is sure to keep subscribers engaged. That said, some streaming services have launched with relatively thin libraries and still found success -- namely Disney's (DIS -0.28%) Disney+.

Moreover, Discovery's content costs are extremely low compared to some of the competition. Where Netflix is spending billions every year developing new originals and licensing series and films from other studios, Discovery's total costs of revenue last year totaled $1.8 billion.

"Our content is a small fraction of what's taking place on the other side of the ledger. The overbid, competitive, spiraling out-of-control costs for scripted, new and repeat is astounding," CEO David Zaslav said on Discovery's fourth-quarter earnings call.

As such, Discovery can reach profitability in streaming without attracting huge numbers of subscribers like Netflix or Disney need to. "We really don't need a crazy number of subscribers to be operating a profitable business here," CFO Gunnar Wiedenfels noted.

Not only does Discovery have lots of content with relatively low costs, it has brands consumers love. The Discovery Channel was the most popular cable network among consumers in TiVO's fourth-quarter video trends report. Food Network was sixth.

Management is still debating whether to launch an aggregated streaming service that collects all of its best brands or to silo off each content category into its own niche service.

Disney aggregated its brands into a single low-priced service, and it reached scale extremely quickly. Relying on brands like Discovery Channel and Food Network could enable Discovery to grow its DTC service quickly, and Discovery can certainly afford to keep its price low to generate broad appeal. But siloing content into niche services could ultimately produce more subscription revenue.

Low concern about cannibalizing itself

While other media companies are trying to balance their positions in legacy TV bundles and distribution, Discovery's management seems confident it can push its investments in streaming while maintaining good relationships with its distributors.

Importantly, Discovery's networks make up a much higher percentage of viewing time on linear television than they do content costs. Discovery estimates it accounts for around 20% of watch time, but just 5% of most distributors' content expenses. So, there's room to close that gap.

Discovery has strong brands that demand viewers attention, and viewers have shown a willingness to pay for Discovery's networks. That said, there's a systemic challenge in pay-TV that means affiliate and traditional TV ad revenue will remain challenged for years to come.

Management has found that when consumers shift from its linear networks to its GO platform, they spend more time watching content, and Discovery can command higher average ad prices. In other words, Discovery would much rather have a viewer on an ad-supported streaming service than on its traditional network, all else being equal.

Balancing out DTC subscription rates, ad-supported streaming, and traditional distribution affiliate fees is difficult, but Discovery doesn't seem to feel pressured to protect its legacy cable networks business as much as other media companies.