The Google parent is seeking outside funding for some of its vaunted "other bets."

Alphabet's (GOOGL -0.21%) (GOOG -0.27%) self-driving car segment Waymo announced in a blog post on Monday that it had raised a massive $2.5 billion during its first external investment round.

Early investors in the autonomous vehicle company were led by Silver Lake, Canada Pension Plan Investment Board, and Mubadala Investment Company. Additional investors included Magna International, Andreessen Horowitz, and AutoNation, as well as Alphabet itself. Alphabet didn't disclose Waymo's valuation or the size of the specific stakes. The infusion of cash will help Waymo on the path to better commercialize its self-driving technology. 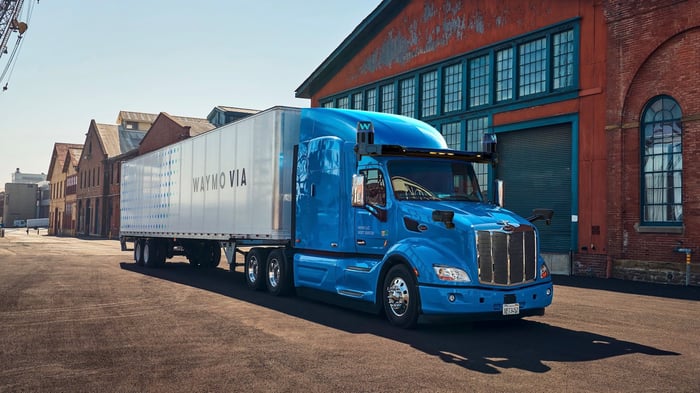 The move to invite outside investors was previously revealed by Alphabet CEO Sundar Pichai. In an interview with Fortune in January, Pichai said that the company was at a stage with the "other bets" segments that it could "raise money from outside investors," and that most of its moonshot companies would follow that path over time. He pointed to Google's Verily Life Sciences segment as an example, which counts Silver Lake and Temasek among its equity investors.

Waymo One is the first publicly accessible self-driving ride-hailing service, providing thousands of driverless rides to customers in Arizona since late 2017.

Waymo recently announced a number of major operational and technical milestones that illustrate the company's leading position in autonomous vehicle research. The Waymo system has logged more than 20 million miles driven on public roads in over 25 cities, while also topping 10 billion miles of simulated driving. The company also revealed that its mass production factory in Detroit had shipped its first batch of level 4 autonomous vehicles, including electric cars and class 8 semi-tractor trailer trucks equipped with its fifth-generation hardware, including more powerful computing and more better sensing capability.