Please ensure Javascript is enabled for purposes of website accessibility
Log In Help Join The Motley Fool
Free Article Join Over 1 Million Premium Members And Get More In-Depth Stock Guidance and Research
By John Rosevear - Mar 3, 2020 at 10:17AM

BMW said that the production version of the Concept i4, a sleek four-door that BMW is calling a "Gran Coupe," will incorporate what BMW calls its "fifth-generation" electric drivetrain system, providing power comparable to the company's current V-8 engines, but with instantaneous response. 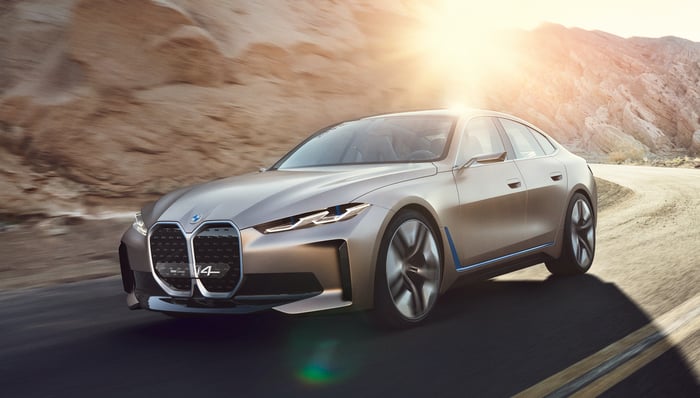 BMW's Concept i4 is a preview of a new electric sedan coming in 2021. Image source: BMW AG.

The system is centered on an 80 kilowatt-hour battery pack and an all-new electric motor. BMW said that the system will give the production version of the i4 up to 530 horsepower and range up to 600 kilometers (372 miles) on the European WLTP standard. (U.S. EPA range ratings for electric vehicles tend to be somewhat lower than WLTP results.) 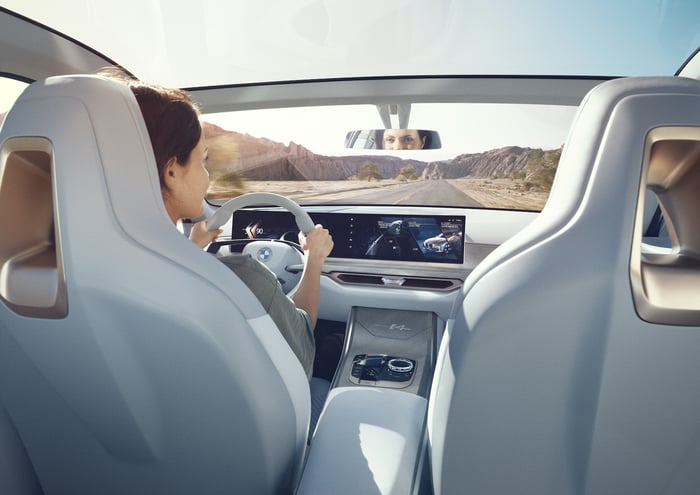 Most of those futuristic features will carry over to the production car. But BMW executives emphasized that the i4 is meant to be a practical daily driver, with a roomy interior enabled by the compact electric drivetrain.

Production of the i4 will begin next year at BMW's main factory in Munich, on an assembly line shared with internal-combustion and hybrid models. BMW said it is investing about 200 million euros ($222.4 million) to prepare the factory for electric-vehicle production.