Fears over the economic impact of the coronavirus have only added to uncertainty around the lighting company's earnings prospects.

Shares in lighting and lighting-controls company Acuity Brands (AYI 5.68%) fell 12.7% in February, according to data provided by S&P Global Market Intelligence. The fall tended to track the decline in the broader market index, but it was much bigger in magnitude, and comes on the back of a significant decline in January. All told, Acuity's stock is down 26% year to date, compared to a 3.7% fall for the S&P 500. 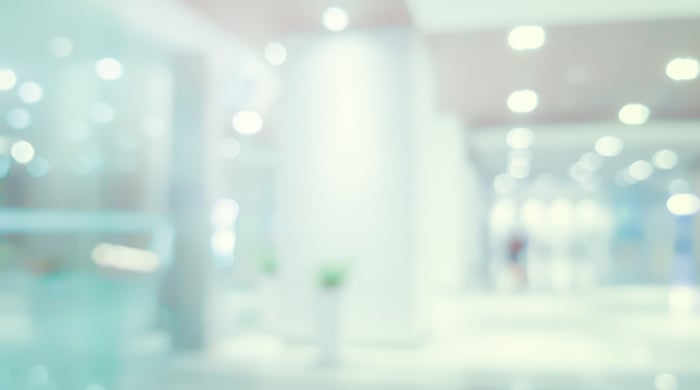 The fall in January came down to a disappointing set of first-quarter earnings; former CEO Vernon Nagel acknowledged in a press release that the net sales decline of 10.5% "was greater than previously forecasted due to weaker than expected market demand, which we estimate declined in the low-to-mid single digit range, with the decline in large projects even greater." Nagel would go on to say that he was "cautious about overall market conditions within the lighting industry for the remainder of our fiscal 2020."

In other words, even before the fears over the impact of the coronavirus outbreak possibly causing a global recession became more prominent, there were question marks around Acuity's prospects in 2020.

Those question marks would only have become larger following some weak industry data. As a leading provider of commercial and institutional lighting, the company's prospects are always going to be tied to the construction market, and since 89% of its sales are domestic, that means the U.S. market.

In this context, the 2.7% decline in the widely followed Dodge Momentum Index in January is a cause for concern -- the index had risen for the four previous months. The index is a measure of nonresidential construction projects in planning, and serves as a leading indicator of construction spending. Indeed, Acuity's management cites it as such.

Unfortunately, Acuity already had something to prove after a disappointing first-quarter earnings report, and the fallout of the coronavirus outbreak and deteriorating industry data have just added more layers of uncertainty.

Looking ahead, the market needs to see some sign of stabilization in North American job prospects, and an improvement in sentiment regarding commercial and institutional construction in the U.S. After that, Acuity can try to grow sales in excess of its end markets in 2020.