Please ensure Javascript is enabled for purposes of website accessibility
Log In Help Join The Motley Fool
Free Article Join Over 1 Million Premium Members And Get More In-Depth Stock Guidance and Research
By Timothy Green - Mar 4, 2020 at 11:34AM

The Dow Jones Industrial Average (^DJI 2.68%) staged a comeback on Wednesday, climbing 2.5% by 10:25 a.m. EST. The novel coronavirus that originated in China continues to spread in the United States, with 126 cases and 9 deaths so far. The virus has been deadlier than the seasonal flu; the World Health Organization puts the global mortality rate at 3.4%.

For now, the stock market is ignoring the worsening outbreak. Leading the Dow higher on Wednesday was UnitedHealth Group (UNH -0.83%), which likely benefited from the results of the Super Tuesday primary elections. Shares of JPMorgan Chase (JPM 2.98%) were unable to rally, sinking one day after an emergency rate cut from the Federal Reserve.

Shares of health insurance giant UnitedHealth took a beating last week as the market plunged on novel coronavirus fears. The stock was down 15.4%, losing out to the broader market. 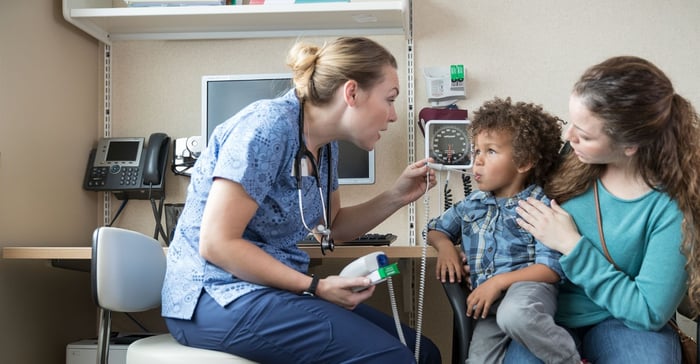 Much of that loss was reversed on Wednesday as UnitedHealth stock surged 10% in the morning. A strong day for the Dow likely played a role, but the success of former Vice President Joe Biden in Tuesday's primaries may have put investors' minds at ease.

Just a few weeks ago, the front-runner for the Democratic nomination appeared to be Senator Bernie Sanders. Sanders supports expanding Medicare to cover all Americans, a move that would drastically alter the healthcare industry. It's safe to say that a Sanders presidency would not be great news for UnitedHealth.

After Tuesday's slew of primaries, Biden now leads in delegates following resounding victories in the majority of voting states. While the contest is far from decided, Biden is now the one to beat.

A Biden presidency is a lot less scary for health insurance investors, since it's unlikely Biden will shake up the industry in any significant way. While UnitedHealth's rally might not hold in the coming days and weeks as the novel coronavirus outbreak worsens in the U.S., for now, investors have pared back their pessimism on the stock.

If you're a big bank like JPMorgan Chase, an emergency rate cut from the Federal Reserve is not something you want to see. As yields tumbled along with the stock market last week, the central bank acted on Tuesday by cutting its short-term benchmark rate by half a percentage point. The rate cut is an attempt to blunt the economic impact from the novel coronavirus outbreak in the U.S.

Lower interest rates could hurt JPMorgan's margins by compressing the spread between what the bank pays its depositors and what it charges its borrowers. Add to that the uncertainty around the novel coronavirus outbreak, which could hit the U.S. economy if it spreads widely, and it's not hard to see why investors are pushing down the stock.

JPMorgan is scheduled to report its first-quarter results on April 14.