The e-commerce specialist is shifting its priorities but still expects to post significant losses this year.

In a conference call with analysts, CEO Niraj Shah and his team broke down the latest operating results while explaining how they expect to take a big step toward profitability in 2020. Below are a few highlights from that discussion. 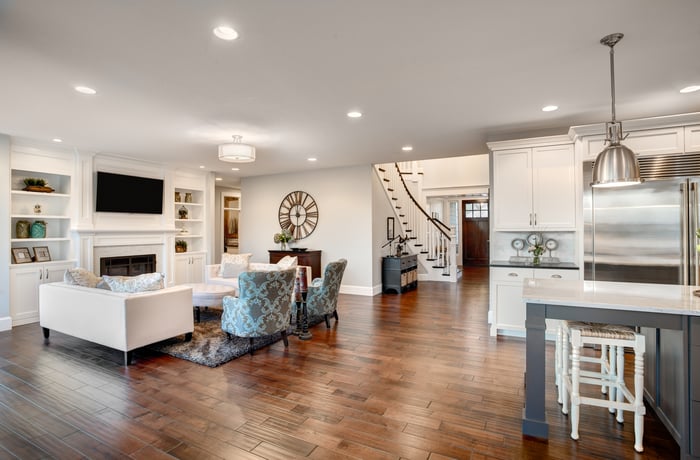 We grew net revenue by 35%, a rate that very few companies of our size ever demonstrate, and this is a testament to the fact that [the home furnishings niche] has historically been underserved, both offline and online, and that our core strategy and investments are working and resonating with our customers.
-- Shah

Starting with the positive trends, Shah highlighted the fact that Wayfair outgrew most rivals in 2019. By management's estimates, the company won roughly 36% of all home goods spending that moved online last year. Wayfair added $2 billion to its annual revenue to cross $9 billion. Its customer base surpassed 20 million, up from 15 million a year earlier.

The peak buying period around Black Friday and Cyber Monday was especially strong, and net losses for the period came in roughly where management thought they would. "The year showed clear progress across many fronts," Shah said, "but also shed light on some things we can optimize as we move forward."

Our suppliers, who absorbed much of the initial wave of tariffs in 2018, could not sustain doing so again in 2019. We saw wholesale costs rise, retail pricing become more volatile in our marketplace, and increasing pressure on consumer wallets. We also spent 2019 absorbing the near doubling of our [...] headcount from roughly 4,000 people to 8,000 people over just two years. This surge in hiring across dozens of old and new initiatives strained our ability to execute with the tight fashion that we know is a hallmark of our success.
-- Shah

The sales slowdown was undeniable as gains decelerated to around 25% from over 40% in the first half of the year. Wayfair also endured worsening efficiency levels in key areas like marketing, gross profit margin, and selling costs. These trends contributed to a $985 million net loss for the year as the company's operating cash flow flipped to negative $197 million after coming in at a positive $85 million in 2018.

Part of the problem was tariff increases, which boosted costs significantly, but Wayfair also faced major issues tied to the elevated pace of spending and hiring it has held since late 2017. "The key is that we're mobilizing quickly to address these issues," Shah said.

Over time, we expect our efforts to translate to improving profitability and free cash flow trends, but the associated benefits are not instantaneous, and it will take some time for them to begin to flow through. You will see them begin to build over the course of 2020, and the changes we are putting in place will lead to more consistent, positive adjusted EBITDA in the U.S. at some point in 2021.
-- CFO Michael Fleisher

Wayfair's short-term forecast didn't offer much for investors to celebrate. Sales gains will slow again as the company scales back on advertising spending that was apparently artificially propping up some low-quality revenue growth. The company's layoffs won't begin helping lift sales results until the second quarter, meanwhile, as adjusted earnings margins land at losses between 7.3% and 7.8% of sales. The U.S. segment's losses will be between 4.2% and 4.7%.

Without being more specific, Wayfair says its course corrections should start to push this number closer to a positive result by late 2020 as the company gains efficiency from the shipping and logistics assets it has built over the past few years. From there, if all goes to plan, the U.S. segment should reach profitability some time in fiscal 2021.