The apparel retailer’s comps growth stabilizes, but its margins are still sliding.

Abercrombie & Fitch's (ANF -2.31%) stock rallied this week after the apparel retailer posted strong fourth-quarter numbers on Wednesday. Its revenue rose 3% annually to $1.18 billion, beating estimates by $10 million. Its comparable-store sales rose 1%, compared to 3% growth a year ago and breaking its two-quarter streak of flat comps growth.

On a non-GAAP basis, its earnings dipped 3% (but rose 3% on a constant currency basis) to $1.31 per share, beating expectations by eight cents. Does that earnings beat indicate that A&F's losing streak -- which caused the stock to plunge nearly 40% over the past 12 months -- is finally over?

A surprising comeback from its namesake brand

Under CEO Fran Horowitz, who took the helm in early 2017, Abercrombie & Fitch scaled back its namesake brand and expand its higher-growth Hollister brand. That strategy turned Hollister into the company's core growth engine as Abercrombie's sales stagnated.

However, Hollister's comps growth decelerated in the first half of 2019 and declined over the past two quarters. The situation seemed dire by the second quarter, when comps growth flatlined at both brands, but Abercrombie's growth accelerated and picked up the slack.

A&F rebooted the Abercrombie brand -- which was previously associated with hypersexualized ads and dim, cologne-filled stores -- with inclusive ads, social media campaigns, a focus on older shoppers, and store renovations. It shuttered several of the brand's flagship stores, reduced its total store count, and "right-sized" its existing stores. 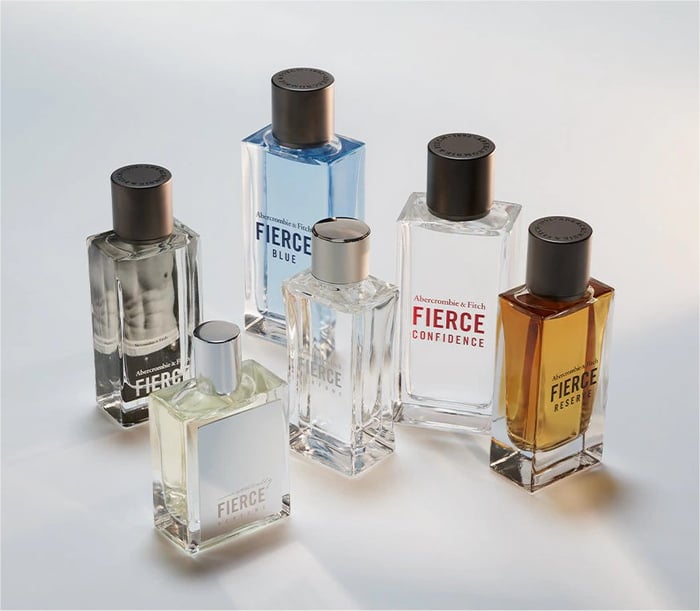 During the conference call, Horowitz noted that Abercrombie "delivered its strongest top line in over five years" during the Black Friday week. She attributed that growth to fresh marketing campaigns and products, which sparked robust demand for its bottoms, outerwear, and intimate apparel.

Abercrombie & Fitch is trying to boost Hollister's sales by rebooting its Gilly Hicks intimates and sleepwear brand to challenge American Eagle Outfitters' (AEO -1.16%) Aerie. However, Gilly Hicks is still a tiny brand, and its "double-digit" comps growth during the fourth quarter failed to move the needle for Hollister.

But its margins are still contracting

A&F's total line growth is stabilizing, but its gross and operating margins both declined annually.

Markdowns still dented its gross margin, while store closures, renovations, and new marketing campaigns reduced its operating margin. A&F also gradually reduced its dependence on lower-cost Chinese supply chains over the past two years, but tariffs still impact over a fifth of its global merchandise receipts.

Those headwinds should persist throughout 2020, but Abercrombie & Fitch's stock buybacks -- which reduced its share count by about 4 million to 64 million shares in 2019 -- could reduce the overall impact on its EPS growth.

A murky outlook for the rest of the year

That forecast was disappointing, since its rival American Eagle Outfitters, which grew its comps annually over the past five years, still expects its comps to grow by the low single digits in the first quarter of 2020.

Abercrombie & Fitch's comps growth is stabilizing, but it still faces an uphill battle. Hollister is losing momentum, its international sales remain sluggish, currency headwinds are accelerating, and its margins are contracting. Investors looking for a more promising apparel play should consider investing in AEO instead.