Investors are concerned about supply chain disruptions and lower traffic to stores if the coronavirus continues to spread.

Editor's note: An earlier version of this article had incorrect information about Five Below's growth and fourth quarter guidance. The article has been updated.

The outbreak is disrupting supply chains and causing many companies to revise their near-term outlooks lower, particularly those that do business in China such as Five Below (FIVE -0.39%).

The negative sentiment in the markets sent the stock down 14.4% last month, according to data provided by S&P Global Market Intelligence. 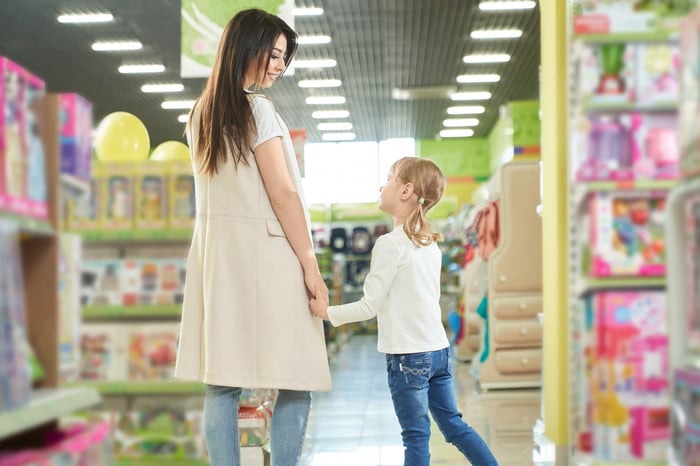 Five Below doesn't have any stores open in China, but it sources inventory from there. The company has wrestled with tariffs on goods imported from China. Five Below has disclosed that newly imposed tariffs on Chinese imports would pressure gross margins on affected products.

Five Below's business has still delivered growth but not as much as management expected during the holidays. Preliminary sales for the holiday quarter showed that sales increased 13.4% year over year and comparable-store sales are expected to show a decrease of 2.0% to 2.5% for the fiscal fourth quarter.

The spread of the virus may be getting under control, especially in China. Apple CEO Tim Cook recently said he was "optimistic" that China was stabilizing the situation. Apple has already reopened factories in China that make parts for the iPhone.

For the full year, Five Below is expected to report sales growth between 18.3% to 18.5%, with earnings up between 15.4% to 16.5% year over year. We'll know more about the near-term impact from the virus when the company releases fourth-quarter results on March 18, after market close.