The unit may have seen the worst of its China-based decline, but the situation could play out in other regions.

Indian automaker Tata Motors (TTM 0.27%) saw an 85% decline in February sales at its Jaguar Land Rover (JLR) unit compared to a year ago due to dealership closures in response to COVID-19, the company said in a statement on its website Friday. 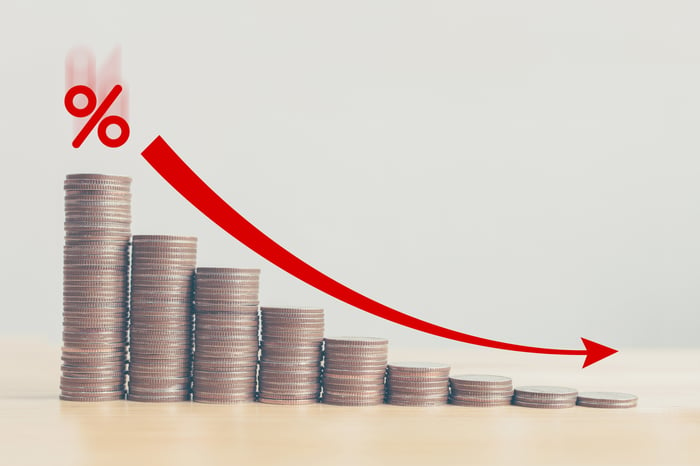 Tata said China sales at JLR grew about 25% year-over-year from July through December, and the company continued to see "strong growth" for the first three weeks of January. In the first half of February only about 20% of dealers remained open, but that number has since increased to over 80% although capacity reductions remain. The company expects the reductions to reverse this month, but it sees retail sales recovering more gradually. "The timeline for a complete rebalancing of supply and demand is dependent on the further developments in the coming 4-6 weeks," Tata said. "Domestic business is positive to overcome the current challenge with a limited impact on its overall FY21 performance."

The China situation is improving, but uncertainties remain

Tata is projecting the COVID-19 sales decline will reduce JLR's full year EBIT margin by about 1%, but continues to anticipate "modestly positive" free cashflow for its fiscal Q4. However, the potential impact in South Korea, Japan, and Italy remains a concern, along with potential parts shortages. The company said JLR has parts availability visibility for two weeks or more and has managed to avoid shortages by working with suppliers and increasing its use of air freight. But it also said it "cannot rule out" a component shortage that could impact production. Investors would be wise to wait for more information on COVID-19 impact as well as a recently disclosed antitrust investigation in India before deciding to invest in Tata Motors.