Please ensure Javascript is enabled for purposes of website accessibility
Log In Help Join The Motley Fool
Free Article Join Over 1 Million Premium Members And Get More In-Depth Stock Guidance and Research
By John Rosevear – Feb 28, 2020 at 11:21AM

As of 11:00 a.m. EST, Tata's American Depositary Shares were down about 9.3% from Thursday's closing price.

Tata's shares have been under pressure since the CEO of its Jaguar Land Rover (JLR) subsidiary, Ralf Speth, said on Feb. 18 that shutdowns at suppliers in China could leave JLR's factories short of critical parts and that sales in China had essentially ground to a halt as the novel coronavirus kept consumers away from dealerships. 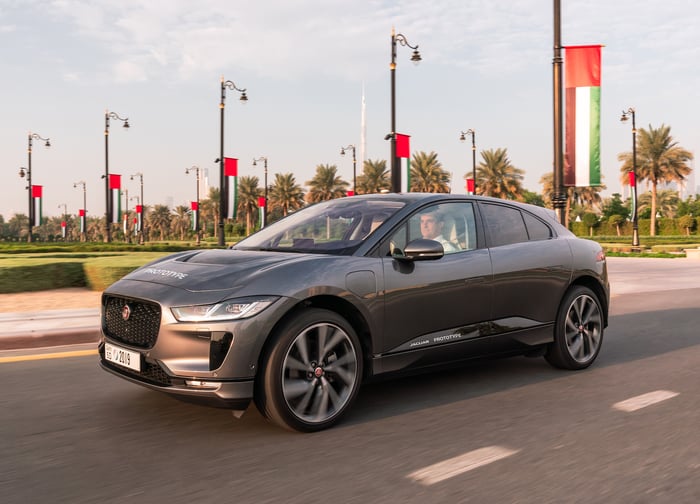 A Jaguar I-PACE. Production of Jaguar and Land Rover models may have to be halted due to shortages of parts from China. Image source: Jaguar Land Rover.

Tata's shares closed down more than 11% on India's national stock exchange on Friday.

Automakers -- and auto investors -- have been playing a waiting game as China battles the virus that has shut down much of the country for the last several weeks. Until it's clear when China manufacturing (and car shopping) will return to normal, expect pressure on Tata's stock price to continue.