Please ensure Javascript is enabled for purposes of website accessibility
Log In Help Join The Motley Fool
Free Article Join Over 1 Million Premium Members And Get More In-Depth Stock Guidance and Research
By John Rosevear - May 13, 2020 at 4:33PM

Is the company worthless without Jaguar Land Rover? One analyst thinks so.

Shares of Indian automaker Tata Motors (TTM 2.17%) closed lower for a second day on Wednesday, as auto investors continued to react to an influential analyst's view that the company is essentially worthless without its Jaguar Land Rover (JLR) subsidiary.

In a note on Monday, CLSA analyst Amyn Pirani downgraded Tata's stock to underperform, from buy, and cut his price target for the company's BSE-traded shares to 85 rupees ($1.13) from 190 rupees ($2.52). 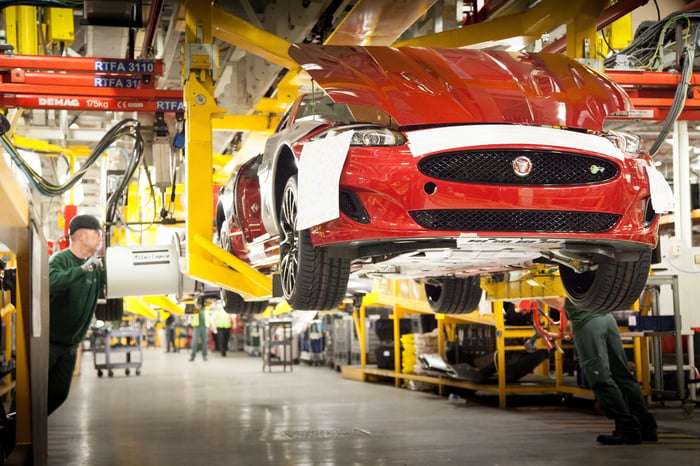 Pirani wrote that Tata's British luxury-vehicle subsidiary is "the only driver of its valuation" at the moment. He said that lower demand for vehicles amid the COVID-19 pandemic will increase Tata's debt load, delaying its planned efforts to deleverage by four to six quarters. He said that because any cash infusions will simply be used to subsidize business losses, the current value of the business aside from JLR is probably zero.

Tata's Indian factories were unable to ship any vehicles in April, as India has been under a strict shutdown amid the coronavirus pandemic. Jaguar Land Rover's factories were idled in March, after supplier shutdowns left them short of key parts.

Tata's shares closed at 87.25 rupees on the Mumbai-based BSE exchange on Wednesday.

Pirani said that both JLR and Tata's Indian commercial-vehicle business will likely recover in the next fiscal year. While he thinks that Tata could boost its value by selling its Indian passenger-car business and its financial-services subsidiary, he thinks that sales of either are unlikely in the current environment.