Please ensure Javascript is enabled for purposes of website accessibility
Log In Help Join The Motley Fool
Free Article Join Over 1 Million Premium Members And Get More In-Depth Stock Guidance and Research
By Rich Smith - Mar 6, 2020 at 9:45AM

And at long last, Steve Milligan can retire.

Western Digital announced the hiring in a press release yesterday. Effective March 9, 2020, Goeckeler will take over as head of the data storage and technology specialist. He will also take a seat on Western Digital's board of directors. 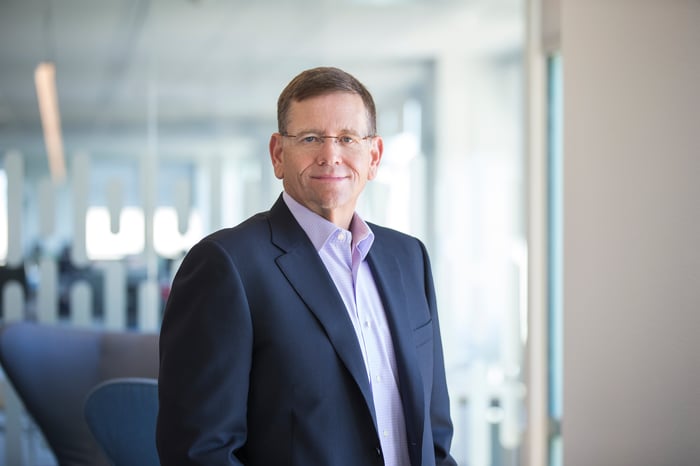 Western Digital has been in CEO-limbo since October of last year, when weak guidance plus the announcement of then-CEO Steve Milligan's planned departure combined to send Western Digital stock plunging 15% despite an above-consensus Q1 earnings report.

Now, it is gaining "a transformative leader with an exceptional track record of driving highly profitable, core businesses at scale while innovating successful business strategies that expanded into new markets and generated new revenue sources," said Matthew Massengill, chairman of the board at Western Digital. "With experience as a software engineer as well as running large semiconductor development projects, his breadth of technology expertise, business acumen and history of building and operating world-class organizations make him the right person to lead Western Digital in a world increasingly driven by applications and data."

Milligan, who has remained in the CEO's role while Western Digital sought a replacement, will stay on at the company "in an advisory role" until September 2020.

Western Digital stock declined 2.4% in Thursday trading -- probably not because of the CEO news, though, but because everything was declining yesterday. Cisco stock sank 4.4%.