Investors worry about Intel's ability to sell chips amid the coronavirus outbreak.

Shares of Intel (INTC -0.86%) lost 13.2% last month, according to data provided by S&P Global Market Intelligence. Intel delivered strong quarterly earnings results at the end of January, but the broad market sell-off caused by the outbreak of COVID-19 sent the shares down in late February.

Intel recently said that the impact from the virus has been "modest," but supply for PC chips has been tight, so executives believe the virus wouldn't have had a big impact anyway. 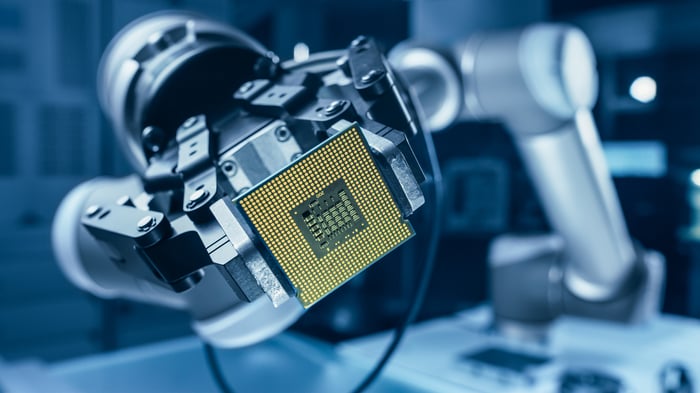 With key properties in China, Intel would be vulnerable to sustained spreading of COVID-19. It has a manufacturing plant in Dalian used for NAND flash memory products, and a testing and packaging facility in Chengdu. Intel also has design centers in Shanghai and Beijing, but these were not the hardest hit areas by the virus, so the chip giant has faced limited disruption so far.

However, as Intel CFO George Davis explained at a recent Morgan Stanley conference, customer "supply chains are being disrupted," and that could delay shipments of components in the short term.

While the outbreak in China seems to be under control with the number of confirmed cases plateauing around 80,000, the rest of the world is seeing infections rise. The latest data from Johns Hopkins shows that the number of cases in the U.S. has more than doubled in the last week, reaching 245.

Obviously, until the situation stabilizes, markets are going to be jittery. This development is a setback for Intel, which had been seeing its stock price rise, as the company began to gain some momentum. During the fourth-quarter conference call, management outlined plans to release nine new products centered around its 10-nanometer chip technology this year.

Currently, analysts expect Intel to report 2.3% growth in revenue and a slight improvement in earnings in 2020.