Please ensure Javascript is enabled for purposes of website accessibility
Log In Help Join The Motley Fool
Free Article Join Over 1 Million Premium Members And Get More In-Depth Stock Guidance and Research
By Jennifer Saibil - Updated Mar 9, 2020 at 9:06AM

The retailer had another strong year powered by digital and same-day services.

The bullseye has taken on iconic status in the U.S., symbolizing the large-scale American shopping experience. Target's (TGT 2.41%) aggressive retail strategy that combines new technologies with a focus on customer satisfaction has earned the company growing sales for another fiscal year, and management has plans to keep it up.

Most of this growth is driven by its digital footprint, and Target is pressing forward with its efforts in this channel. But is this a sustainable approach? How can Target grow profits from digital, while other retailers are struggling?

How Target has grown its digital footprint

Target overhauled its operations in 2017 after several years of declining sales. The backbone of the plan was an omnichannel experience that leverages the company's thousands of stores as a platform for digital fulfillment. Today, that has not only been proven successful, but it's a model for how retail must adapt to the digital era. Other companies, such as Amazon, are trying to figure out how to lay down a stronger warehouse presence for shorter last-mile deliveries. 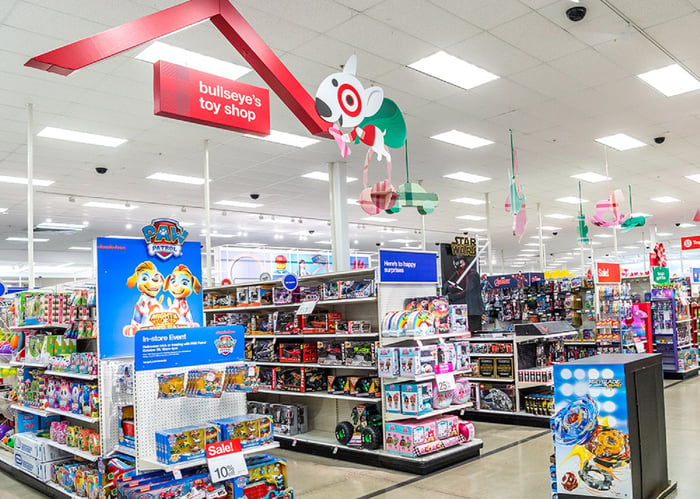 Part of how it works is that Target's network of stores is also the supplier for most of its e-commerce sales, managing 80% of online orders. Building up stores was counterintuitive when retailers were first developing an online presence. COO John Mulligan explained during the earnings call, "We said physical was the answer to digital and knew it wouldn't be easy for others to imagine."

Customers have rewarded the omnichannel offerings with strong digital sales as you can see over the past several quarters.

How it all works together

Target has discovered that digital is about more than ordering online. It's about "ease, convenience, and reliability," according to CFO Michael Fiddelke, which is how the company has been able to reimagine what digital can do and how it's been able to grow it so effectively. Today, even storefronts can't anticipate high growth without a digital tie-in to their strategies.

Take for instance, the changing behavior among guests who use Drive Up for the first time. Following that first Drive Up trip, we see their overall spending go up by nearly 25%. This increase is the result of higher digital spending which grows by nearly 50%, as guests begin using Drive Up and also spend more on order pick up, ship-to-home, and Shipt. However, this increased digital engagement doesn't come at the expense of store sales, which also increased by 9%. The causation is clear. This new service drives engagement, which in turn leads to higher sales in all channels.

75% of customers who try one of Target's same-day services will make a similar order within three months. For full-year 2019, pick-up increased nearly 50% and Drive Up increased more than 500%.

Although digital growth is still in the double-digits, the 20% growth in the fourth quarter is a pretty dramatic drop from the previous five quarters. However, CEO Brian Cornell is confident that it will maintain a strong pace in 2020.

Target expects low single-digit growth in comps for both the first quarter and the full fiscal year as it continues to revise and improve its digital options. Cornell said, "Today, Target can put a gallon of milk in your fridge but not in your trunk. In 2020, that's going to change as we start to test our fresh Pick Up and Drive Up capabilities and scale as we go." Another new initiative in e-commerce is Target Plus, which offers products online from curated third-party sellers.

Probably the most impressive part of the strategy is that with all of the changes and investments in growing its digital and same-day services, Target has managed to increase its profit margin. Operating income grew 13.3% for fiscal 2019, while adjusted earnings per share increased 18.4%.

With stores fulfilling 80% of digital orders, Target has built an ecosystem where all of the channels work together for optimum sales punch and efficiency.

Cornell noted that things are always changing, so Target has to be on the offense to retain its top spot. For now, the company is focusing on growing digital as it plays an outsized role in retail, but more importantly, it's aiming to be flexible enough to embrace the next new wave, whatever it may be.