Please ensure Javascript is enabled for purposes of website accessibility
Log In Help Join The Motley Fool
Free Article Join Over 1 Million Premium Members And Get More In-Depth Stock Guidance and Research
By John Ballard - Mar 9, 2020 at 8:24AM

The U.S. Army and Twitter want in on the esports action. 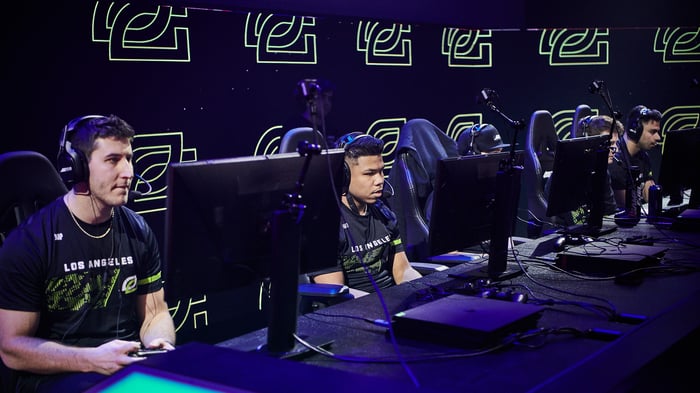 Esports is an emerging industry in the world of gaming. Newzoo expects the market to grow 15% to reach $1.1 billion in 2020. It's a big growth opportunity for Activision that could see esports emerge as a significant contributor to its revenue down the road.

It's an opportunity for the tech giants to gain viewers and increase engagement. Twitter already has a large community of Call of Duty players who use the platform. Not only will Twitter be the place to view real-time highlights from matches, but fans will have access to a range of conversational features, including team hashtag emojis.

The U.S. Army sees esports and gaming gradually becoming its top lead generator to attract new recruits. It has already started its own esports team to help with that effort. Last year, thousands of soldiers tried to make the final cut of 16 to be assigned to the Marketing and Engagement Brigade at Fort Knox.

As part of its agreement with Call of Duty Esports, the U.S. Army will be featured in broadcasts throughout the season in a feature called "Tactical Play," which will highlight big plays from League matches.The U.S. Army will also provide opportunities for fans to walk up and play Call of Duty at League events.