The off-price retailer is finding that its inventory mix and target shopper aren't the ideal combo for online selling.

In a move that breaks wildly from the industry's current norms, off-price retailer Burlington Stores (BURL -3.40%) is getting out of the e-commerce game so it can focus on its brick-and-mortar stores. CEO Michael O'Sullivan told investors during last week's fourth quarter earnings call, "the nature of the treasure hunt and the average price point that we operate at mean that bricks-and-mortar stores have a significant competitive and economic advantage over e-commerce." 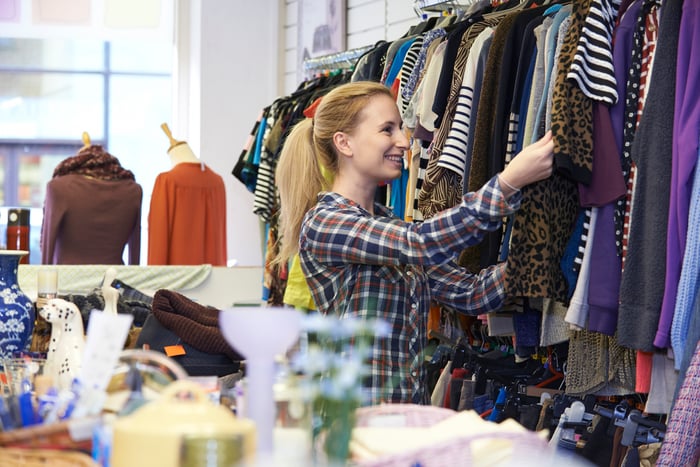 He's not wrong. The off-price retailing industry's so-called "treasure-hunt" experience is rooted in the idea that one particular store may only have a handful of certain items in stock, which a shopper serendipitously comes across. Selling online means a retailer must be able to keep enough breadth and depth (color, size, etc.) available to make such an operation viable even at modest scale. Sometimes, depending on how inventory is procured, Burlington may not even be exactly aware of what it's buying and reselling.

Rival off-price retailers like Ross Stores (ROST -1.33%) and The TJX Companies (TJX -0.68%) aren't going to the same extremes of ending online sales operations altogether. They are, however, similarly focused on growing a brick-and-mortar presence at a time when more traditional retailers are in retreat. Ross Stores reported on Monday it was looking to open 100 new physical stores in 2020, while TJX aims to open 170 new locations this year.

Fortunately, Burlington won't suffer a huge fiscal blow by shuttering its e-commerce unit. Online sales only accounted for about 0.5% of its total revenue.