Oil prices plummeted more than 20% after OPEC failed to reach a deal to reduce oil production. Many oil stocks plunged in response, amid widespread fear that lower oil prices could lead to a slew of bankruptcies in the industry. Combined with fears surrounding the rapidly growing number of cases of COVID-19 -- the disease caused by the novel coronavirus -- in the country and around the world, this calamity in the energy sector drove a staggering 7.6% decline in the S&P 500 on Monday.

Many homebuilder stocks took were hit hard, as concerns mount that the U.S. economy will fall into a recession. 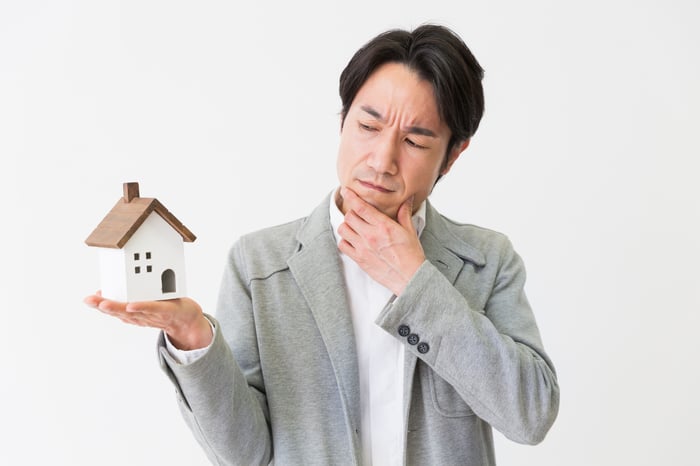 A downturn in the economy could lead to fewer new home sales. Image source: Getty Images.

Despite these risks, there is a silver lining to recent events. Investors seeking safety have driven interest rates on U.S. Treasuries sharply lower in recent days. Mortgage rates are based in part on these rates, so it's now significantly cheaper for many people to buy a home. That could help offset a decline in demand for new homes brought about by a downturn in the economy -- and potentially help stabilize Meritage Homes' business.