Please ensure Javascript is enabled for purposes of website accessibility
Log In Help Join The Motley Fool
Free Article Join Over 1 Million Premium Members And Get More In-Depth Stock Guidance and Research
By Keith Noonan - Mar 10, 2020 at 9:30AM

The company unveiled the game with a trailer posted on March 9 and announced the title would be available the next day.

Activision Blizzard (ATVI -0.44%) will launch its long-rumored battle-royale game Call of Duty: Warzone with a surprise release on Tuesday. The latest entry in the popular first-person-shooter franchise will see up to 150 players competing to be the last player standing on a large map that shrinks over time and be available and free to play on PlayStation 4, Xbox One, and PC.

Call of Duty: Warzone's core gameplay hook is a variant of the battle-royale style made popular by games including Fortnite and Player Unknown's Battlegrounds. Activision Blizzard was initially caught off guard by the exploding popularity of high-quality free-to-play games, and while the overall battle-royale craze has settled down a bit, the company is testing out how successful the distribution model can be for its big properties. 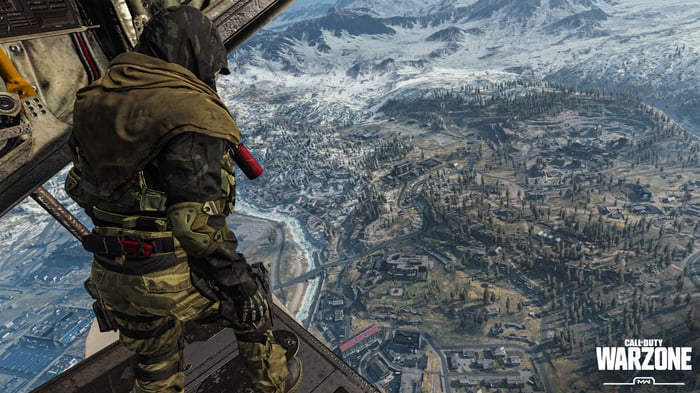 What does Warzone mean for Activision Blizzard?

Call of Duty (CoD) is one of Activision's most popular franchises, and free-to-play games can be very profitable if they reach a large audience and are successfully monetized through optional in-game purchases. For example, Epic Games' Fortnite generated $1.8 billion in revenue in 2019 and $2.4 billion in 2018 revenue, but the situation is a bit different with a franchise like CoD.

Activision typically launches new mainline Call of Dutry games at $60. While dedicated fans will likely continue to purchase full-price entries even if they also play Warzone, there's a risk that some gamers may decide that the free-to-play entry provides all the CoD they need. Ideally, free-to-play offshoots like Warzone will be sales hits and bring new players to the mainline games, but Activisiion Blizzard is still at the early stages of testing out its big franchises with the free to play model.