Please ensure Javascript is enabled for purposes of website accessibility
Log In Help Join The Motley Fool
Free Article Join Over 1 Million Premium Members And Get More In-Depth Stock Guidance and Research
By Daniel B. Kline - Mar 10, 2020 at 6:28PM

The company is gaining 99 locations.

CVS Health (CVS 0.68%) has been aggressive when it comes to expansion. That includes taking over pharmacies in existing grocery and department stores, as it's done through its partnership with Target.

Now, the company has made a deal to take over Schnuck Markets Inc.'s retail and specialty pharmacy businesses. Under the terms of the deal, CVS will "acquire and operate 99 of the grocer's pharmacies and will brand them as CVS Pharmacy," according to a press release. 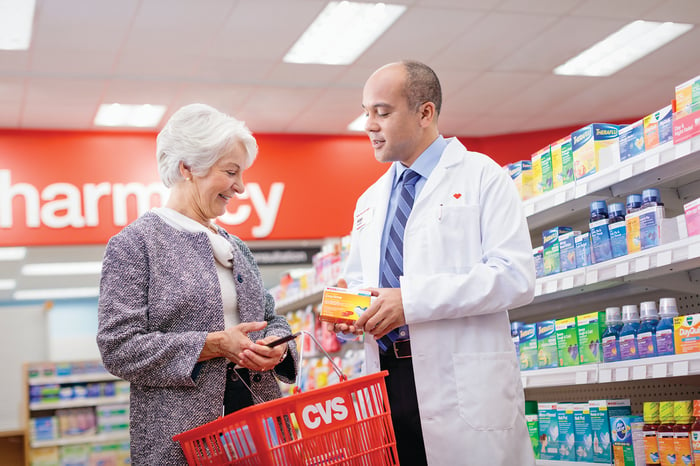 What is CVS doing?

The pharmacy chain and healthcare company is extending its reach in the Midwest. CVS has traditionally not been as strong in this market as it is in many other parts of the United States.

"One of CVS Health's strategic imperatives is to 'Be Local,' said CVS COO Jon Roberts in the press release. "By opening CVS Pharmacy locations within Schnucks stores, we're increasing access to high-quality care and meeting customers where they are."

Is this a smart play for CVS?

This move gives CVS exposure in a location where customers already come to where they had previously been buying the products the chain sells. That should continue and expand once the stores are rebranded, and that should increase the company's name recognition in the market.

CVS is essentially smartly buying market share in a way that's less risky than opening new standalone locations. This deal also brings two companies together that have similar values, as both have removed tobacco-based products from their stores. These brands should complement each other while giving the pharmacy chain a much stronger presence in the Midwest.