Please ensure Javascript is enabled for purposes of website accessibility
Log In Help Join The Motley Fool
Free Article Join Over 1 Million Premium Members And Get More In-Depth Stock Guidance and Research
By Demitri Kalogeropoulos - Mar 10, 2020 at 10:55AM

The move adds benefits for 170,000 restaurant workers around the country.

Darden Restaurants (DRI -1.07%) announced Monday that it is officially offering paid sick leave benefits to all its hourly employees. The restaurant giant, which owns the Olive Garden and LongHorn Steakhouse franchises, revealed the change on Twitter before confirming it with news outlets. 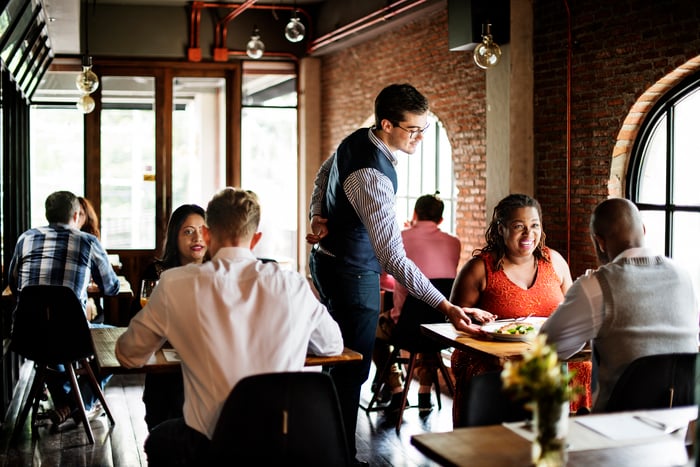 Darden was working on the policy shift before the coronavirus outbreak but accelerated its plans in response to the healthcare scare, executives told Bloomberg. The company's 170,000 hourly restaurant personnel will now accumulate paid leave based on hours worked, and current employees will be credited for their most recent 26 weeks, according to the company.

The move will add to Darden's labor costs, which were already trending higher as wages rise across the country. The chain last reported an 8% increase in operating income for the second quarter.

Investors will get a clearer picture of how the benefits change might impact earnings when the company announces its third-quarter earnings results on March 19. Meanwhile, management said back in December that they were expecting a modest sales growth slowdown in 2020. Yet that outlook might change in response to moving customer traffic trends around coronavirus fears.