Please ensure Javascript is enabled for purposes of website accessibility
Log In Help Join The Motley Fool
Free Article Join Over 1 Million Premium Members And Get More In-Depth Stock Guidance and Research
By John Rosevear - Mar 10, 2020 at 11:15AM

Its 13% decline in February was surprisingly modest.

Chinese electric automaker NIO (NIO 3.37%) said that it delivered 707 vehicles in February, down 12.8% from a year ago, as government measures to combat the spread of the novel coronavirus constrained deliveries and played havoc with the company's supply chains.

For NIO, which sells upscale electric SUVs, the coronavirus has added to the ongoing pressures of a slumping new-car market in China and a dwindling cash hoard. The company has raised $335 million via the sale of convertible notes since the beginning of the year, but it's believed to be still short of cash and actively seeking a larger, longer-term financing deal. 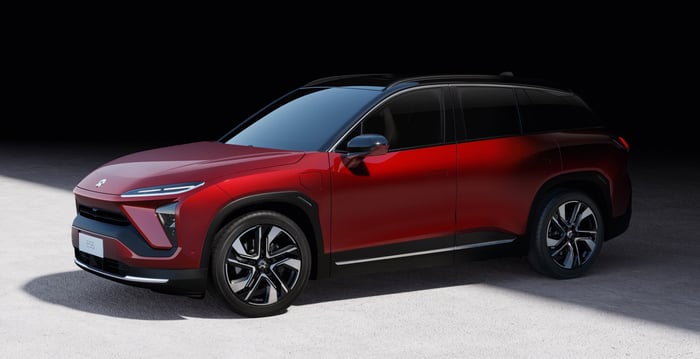 NIO's February sales decline was surprisingly modest in context, as overall sales of passenger vehicles in China fell about 80% in February. In a statement, NIO's CEO, William Bin Li, said that most of the company's stores were able to say open at least part-time through February. Customers were also able to take advantage of online ordering, he said.

Li said that NIO's production has been ramping back up since the middle of February, when strict quarantine measures were eased, but not everything is back online. In particular, "Supply chains have remained challenging," he said.

NIO said that it will report its fourth-quarter and full-year 2019 earnings on March 18.