It's not intended to replace roadside saliva tests, but the company that created it hopes its test will complement them.

Zentrela, an Ontario-based company, claims to have a technology that can read a person's brainwaves to determine whether they're under the influence of cannabis. The "Cognalyzer" -- an electroencephalogram (EEG) device contained in a headband that can detect whether an individual has recently consumed tetrahydrocannabinol (THC) and measure the impact it's having on their brain.

The Ontario government's awarded the company a grant of $1 million to continue researching the technology. However, while roadside testing for cannabis impairment is a big challenge, that was not the original aim of the Cognalyzer. Instead, it was designed to confirm whether someone's recently used cannabis (as opposed to whether they're high at that specific moment in time).

Zentrela CEO Israel Gesparin says that "Within five minutes employers and law enforcement will have a result of the mental state of their subjects." Saliva tests currently offer police the best way to accurately test drivers to see if they are impaired by cannabis; this technology could help to complement and confirm those results. 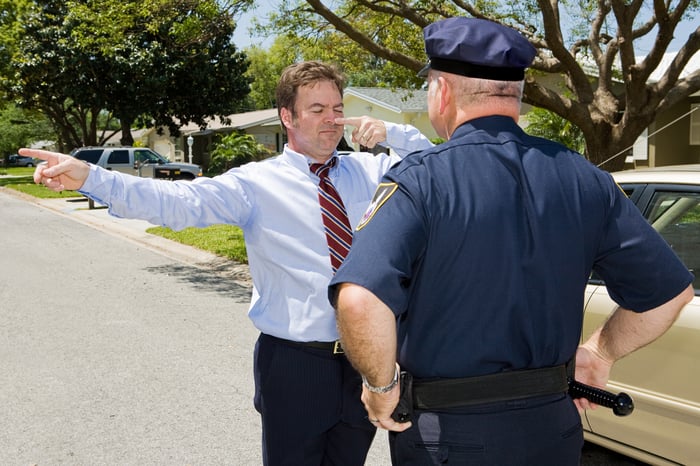 Cannabis 2.0 makes the ability to test even more important

On Oct. 17, edibles officially became legal in Canada, and would be available on store shelves months later. For a company like Organigram (OGI 2.83%), which offers cannabis-infused chocolate, that meant a significant opportunity to reach customers who don't want to smoke pot. Edibles are also an appealing way for medical marijuana users to control dosages, and the ability to infuse foods and beverages with cannabis opens up opportunities for more flavor combinations.

However, one of the dangers of cannabis edibles, especially for novice consumers, is that the user may not feel the effects immediately. That increases the odds that a person might consume more, and wind up higher than they intended. The ability for law enforcement to accurately test for cannabis-related impairment will become a lot more important as edibles rise in popularity and as more people choose to partake.