Boeing reported more cancellations than orders for the Max in February.

Almost a full year since the grounding of the Boeing (BA -1.25%) 737 Max aircraft, bad news continues to pile up for the manufacturer. Boeing reported that 46 Max aircraft cancellations more than offset new orders in February.

The total net order cancellations for 2020 now stands at 28, according to the company, compared to 49 net new orders received for the first two months of 2019. 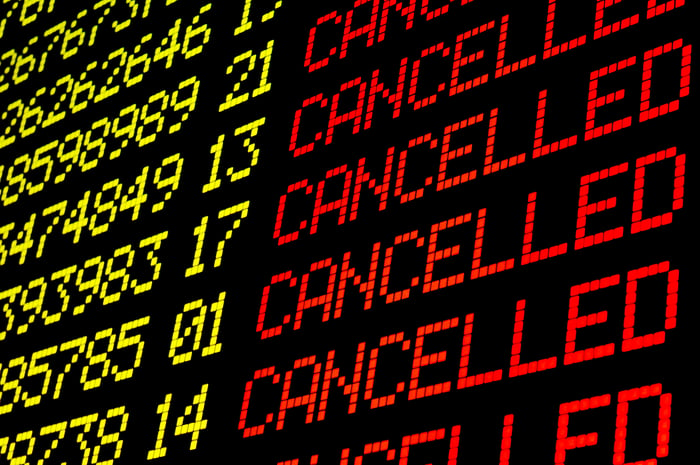 The commercial airline industry is in the midst of a major slowdown brought on by the coronavirus outbreak. Airline executives have announced this week they expect major impacts to operations to continue as the COVID-19 outbreak continues to spread. A global airline trade association recently updated its estimates, saying up to $113 billion in revenue could be lost by passenger airlines from the outbreak.

The Max order cancellations are only adding to the issues Boeing is dealing with. The Wall Street Journal reported this week that FAA regulators are going to also require Boeing to relocate wiring on all of the produced 737 Max aircraft before they will be allowed to return to service.

Boeing is now planning a full drawdown as early as this week of a $13.825 billion loan it secured last month from a group of banks, Bloomberg reports. The loan was obtained to help its cash situation while the 737 Max remains grounded and production halted. Boeing plans to draw the remainder of the loan, beyond the $7.5 billion already taken, as a precaution due to current market turmoil.