The company is taking increasingly aggressive steps to help stem the tide of the epidemic.

Apple (AAPL 1.62%) announced that it will temporarily close all 17 of its retail stores across Italy as the country grapples with the onslaught of the COVID-19 coronavirus outbreak. The company said the stores will remain closed "until further notice."

"As we support the work to contain and manage the spread of COVID-19, our priority remains the health and safety of everyone in the communities we serve," an Apple spokesperson said Wednesday. "With that in mind, our stores in Italy will be closed until further notice. We understand customers may need support from Apple during this challenging time, and we'll ensure our online and phone support, as well as online store, remain open for customers." 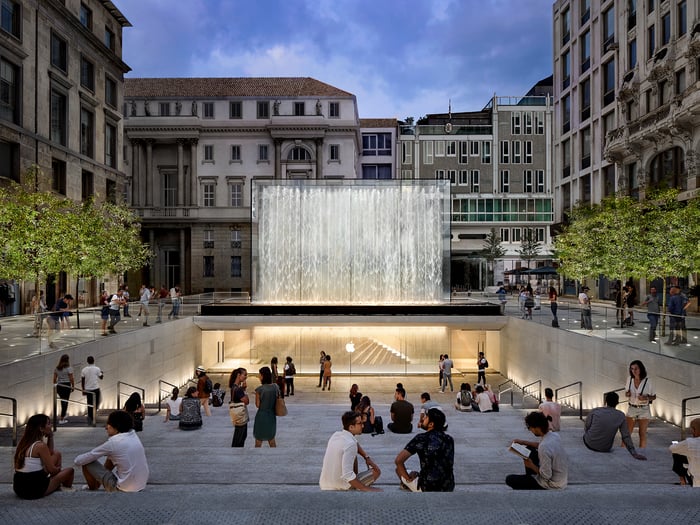 The statement went on to say that Apple will "closely monitor the situation" and looks forward to "reopening our stores as soon as possible."

This marks the second such countrywide shuttering of Apple stores, following similar moves the company took in China early last month, in an effort to contain the spread of the disease. Since then, however, many of the Apple stores in the Middle Kingdom have reopened.

Over the weekend, the iPhone maker had canceled Apple sessions around the country and closed stores located in shopping centers, in compliance with a mandate from the Italian government. The tech giant had also reduced operating hours at other locations and restricted employee travel within the country.

As conditions in the country worsened, however, government officials instituted sweeping nationwide restrictions, essentially forcing Italy into lockdown. The measures are currently scheduled to remain in effect until April 3.