Please ensure Javascript is enabled for purposes of website accessibility
Log In Help Join The Motley Fool
Free Article Join Over 1 Million Premium Members And Get More In-Depth Stock Guidance and Research
By Daniel B. Kline - Mar 11, 2020 at 7:15AM

The financial impact of the novel coronavirus outbreak will be felt in waves, with an early ripple coming not from people getting ill in the United States but from what has already happened in China. One of the first effects has been that some goods at retail chains like Walmart (WMT -11.38%) and Target (TGT -1.81%), as well as online e-commerce giant Amazon (AMZN 4.11%), may not be available due to factory shutdowns in China.

Some companies, including Apple (AAPL 2.54%), have already issued warnings about shortfalls (and their impact on revenue), while others have found alternate suppliers and/or hope to make the sales up on in-stock items. These supply chain shortages are "expected to have a longer and larger impact on imports at major U.S. retail container ports than previously believed as factory shutdowns and travel restrictions in China continue to affect production," according to the Global Port Tracker report released Tuesday by the National Retail Federation (NRF) and Hackett Associates. 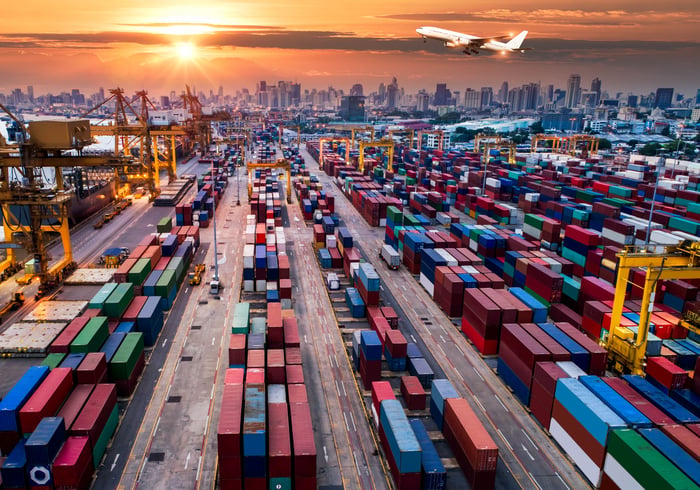 It's worse than expected

Listing Walmart, Target, Amazon, and Apple is somewhat arbitrary, as many American companies -- and all major department/grocery chains -- rely on Chinese goods on some level. It's not easy to quickly shift supply chains or source materials from other countries, especially at a time when the next major impact of the virus still remains unknown.

"There are still a lot of unknowns to fully determine the impact of the coronavirus on the supply chain," NRF Vice President for Supply Chain and Customs Policy Jonathan Gold said in a press release. "As factories in China continue to come back online, products are now flowing again."

That's good news to a point -- it does not mean the crisis has passed. However, "[t]here are still issues affecting cargo movement, including the availability of truck drivers to move cargo to Chinese ports," Gold added.

A separate NRF survey found that 40% of respondents said that they had seen disruptions to their supply chains. Another 26% expected to see them in the future.

NRF data shows that imports will fall by 18.3% in March and 3.5% in April, a month that earlier reports did not expect to be disrupted. It's worth noting, however, that the 2019 March number was somewhat higher than that of a normal year because companies were increasing orders due to the potential trade war with China.

How will this impact business?

A company like Apple may see slower sales, and could even lose sales to less-popular rivals that have inventory in stock. Walmart, Target, and Amazon may lose sales on specific items, but they could also gain sales from added buying due to people stocking up in case they are stuck at home.

This isn't a time to panic. China has already begun its recovery, and while normal may be months away as the second wave hits -- with people getting sick in the U.S. -- the supply of goods from China should recover relatively soon.