The drugmaker has faced scrutiny and anger over the high prices of its insulin products.

Eli Lilly (LLY 0.15%), one of the largest manufacturers of insulin in the U.S., recently announced its intention to participate in a new "Senior Saving Model" that will reduce insulin prices for seniors enrolled in Medicare Part D.

The Centers for Medicare and Medicaid Services (CMS) will launch the new model on Jan. 1, 2021, and all of Eli Lilly's insulin products will be covered. According to CEO David. A Ricks, this program is expected to have a "significant and positive" impact on seniors. 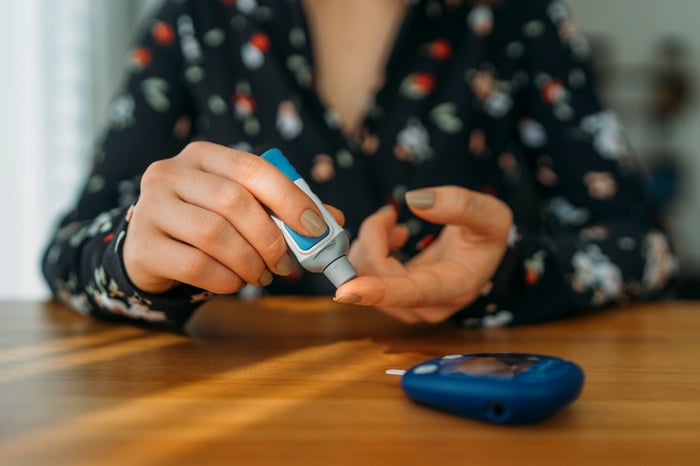 A target for lawmakers

Eli Lilly has faced public censure in recent years for its long pattern of  significantly increasing the prices of its insulin products. Last year, the Senate Finance Committee launched an investigation into rising insulin prices. The bipartisan probe took particular issue with Eli Lilly, which between 2001 and 2015 boosted the price of its Humalog product from $35 to $234 for a month's supply, a 585% increase.

The committee sent a letter to the company requesting information regarding the insulin products it sells in the U.S. and how it fixes their prices, among other things.  Eli Lilly wasn't the only company targeted, however. Lawmakers also took Novo Nordisk (NVO 0.19%) and Sanofi (SNY 1.96%) to task -- both manufacture notable shares of the insulin sold in the U.S.

In part in response to this scrutiny, all three pharma giants had previously decided to offer lower-cost versions of some of their insulin products.    Perhaps its participation in this new CMS initiative is yet another way Eli Lilly is looking to appease the wrath of lawmakers, patients, and consumer advocacy groups. But most importantly, as the company itself said, "No one should have to ration insulin when managing their diabetes."