But the casino operator's rivals are not following suit.

As the coronavirus outbreak makes an appearance in Nevada, MGM Resorts (MGM 3.63%) announced it would close all of the buffets at its seven properties located on the Las Vegas Strip out of an abundance of caution.

Although the mayor of Las Vegas said she respected the casino operator's decision, she said she would not have closed them, preferring instead an alternative such as the sneeze barriers used to keep patrons from breathing on the food. 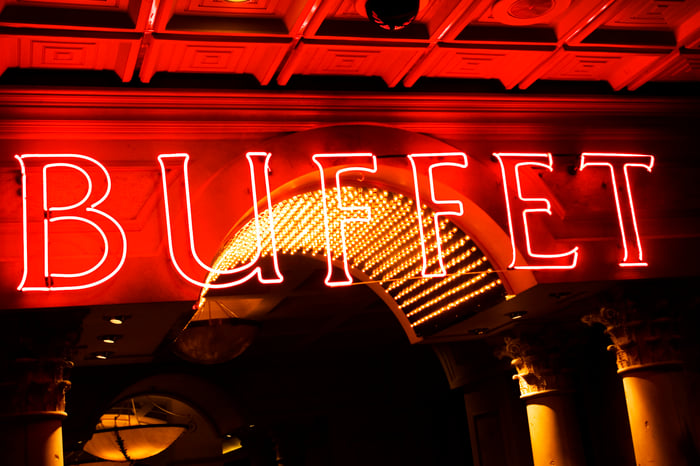 The properties covered by the buffet closure include ARIA, Bellagio, MGM Grand, Mandalay Bay, The Mirage, Luxor, and Excalibur. Rival Caesars Entertainment (CZR) will reportedly keep the buffets at its casino restaurants open, as will Wynn Resorts (WYNN 2.11%), but it will have employees stationed at the buffet to serve guests so they do not have to touch the utensils.

"These changes are temporary and will be evaluated on a weekly basis," MGM said in a statement reported by USA Today.

The resort operator separately announced it would also be closing the Yonkers Raceway racetrack in Yonkers, New York, following an employee contracting COVID-19 and subsequently dying. It has asked coworkers at the racetrack to self-quarantine as it coordinates with public health officials.

MGM Resorts and its peers have faced increased risks globally from the virus outbreak. Resorts in Macao were shut down for 15 days in February in an effort to contain the virus.