Rely on AWS for cloud services? You may have the sun and wind to thank.

In pursuit of its goal to be carbon neutral across its businesses by 2040, Amazon (AMZN 4.03%) has announced plans to develop four renewable energy projects in Australia, Spain, Sweden, and the United States, clearly signaling that it's taking its pledge seriously. When completed the four new solar and wind projects will represent about 300 megawatts (MW) of capacity.

With completion of these projects expected in the next two years, Amazon foresees these projects as helping the company to achieve its more immediate goal of sourcing 80% of its energy needs from renewable sources by 2024. Moreover, according to the company, the four projects will "supply energy to the company's [Amazon Web Services] AWS data centers, which power Amazon and millions of AWS customers globally." 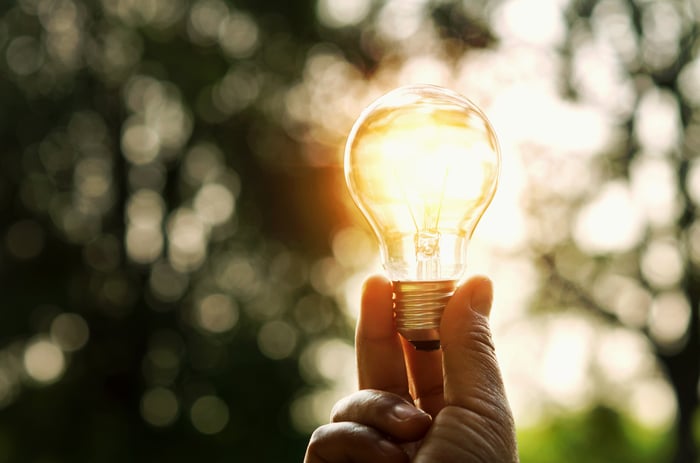 What's the deal with these deals?

Representing Amazon's first renewable energy project in Australia, the 60-MW solar project located in New South Wales is expected to be completed in 2021 and will use bifacial modules provided by Canadian Solar, a leading solar panel manufacturer. In Spain, Amazon is planning a 50-MW solar facility, which is anticipated to be operational in 2021, while in the same year the company intends on completing a 122-MW onshore wind project in Sweden. And in the United States, Amazon is developing a 65-MW solar project in Virginia, where the company has already developed 11 other renewable energy projects.

Investors can expect the company to continue reporting the development of similar solar and wind projects worldwide to help it meet its 2040 goal of net zero carbon, while the nature of the power purchase agreements provide the company with clarity into its future expenses -- an especially valuable benefit considering the volatility in the price of conventional energy sources.