Newer treatments have made an impact.

Cancer continues to be one of the leading causes of death in the U.S. and worldwide. However, the Centers for Disease Control and Prevention (CDC) revealed some good news on that front in its latest annual report: Cancer death rates declined from 2001 to 2017 in the U.S.

In particular, between 2013 and 2017, the death rate for lung cancer -- the leading cause of cancer death globally -- decreased by 4.8% per year among men and by 3.7% per year among women. Overall, death rates declined for most forms of cancer and in all demographic groups. While this was excellent news, the report also emphasized that more needs to be done to keep that trend going. 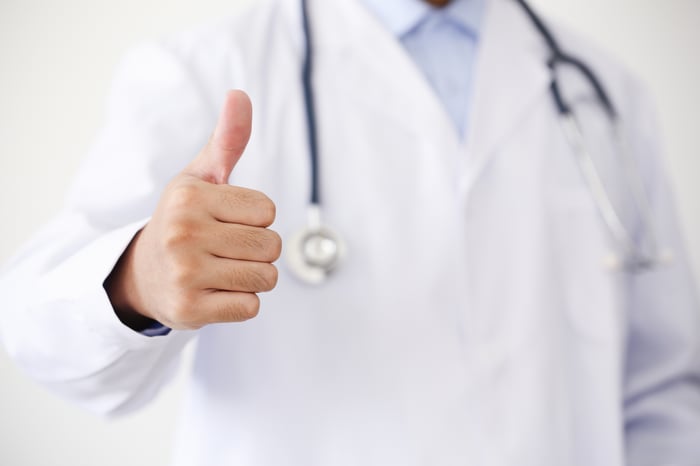 Dozens of drugmakers have made significant contributions in the fight against cancer in recent years. For instance, pharma giant Merck (MRK -1.45%) markets Keytruda, which is now approved as a treatment for small cell lung cancer, head and neck cancer, and liver cancer, among many others.  Keytruda is still being evaluated as a treatment for many others, and will likely see some great days ahead: The blockbuster is projected to become the world's best-selling drug within the next few years.

Bristol Myers Squibb (BMY -0.95%) also has an exciting lineup of cancer treatments, including products such as Opdivo, which is approved for melanoma (skin cancer), lung cancer, kidney cancer, and others.  It also markets Revlimid, which is used to treat multiple myeloma.