Please ensure Javascript is enabled for purposes of website accessibility
Log In Help Join The Motley Fool
Free Article Join Over 1 Million Premium Members And Get More In-Depth Stock Guidance and Research
By Rhian Hunt - Mar 12, 2020 at 8:14AM

The creator of the ShackMeister burger could be biting off more than it can chew.

Shake Shack (SHAK -1.01%), famous for becoming a successful restaurant chain after starting as a New York hot dog stand just 20 years ago, is pushing its growth plans aggressively with new "Shack" openings worldwide. Dozens of new Shacks, as the company calls its restaurant locations, spring up each quarter. During the most recent quarter, costs drove same-Shack sales into negative territory. This raises the possibility that Shake Shack is pushing store growth to the point of reducing profits, but other factors such as labor and input prices are also potential culprits.

Speaking on the recent Shake Shack Q4 2019 earnings call, CEO Randy Garutti put new restaurant openings front and center in his statements. Garutti began his remarks by pointing out the company added the highest number of outlets in its history in 2019, which he presented as a strategic triumph. No less than 73 new Shacks opened their doors during 2019, with over a third, 25, launched domestically in the fourth quarter.

While many of these openings expanded Shake Shack into new territory both in the western USA and abroad, some occurred in the high labor and overhead areas of New York City and other expensive urban centers. The company's strategy of driving growth through sheer numbers of openings managed to produce a notable jump in systemwide sales, which rose 31% year over year in Q4 to $238.0 million.

A closer look at the details reveals several potential problems. While 31% systemwide sales growth looks impressive, total revenue sounds a warning note, rising only 22% year over year for the quarter. In comparison, during Q4 2018 systemwide sales rose 27.2%, while total revenue rose 29.3%.  Shake Shack's overall sales are expanding quickly, but revenue is not rising in proportion as it did in earlier years. Same-Shack sales dropped -3.6% in Q4 2019, rather than increasing by 2.3% as they did in Q4 2018. 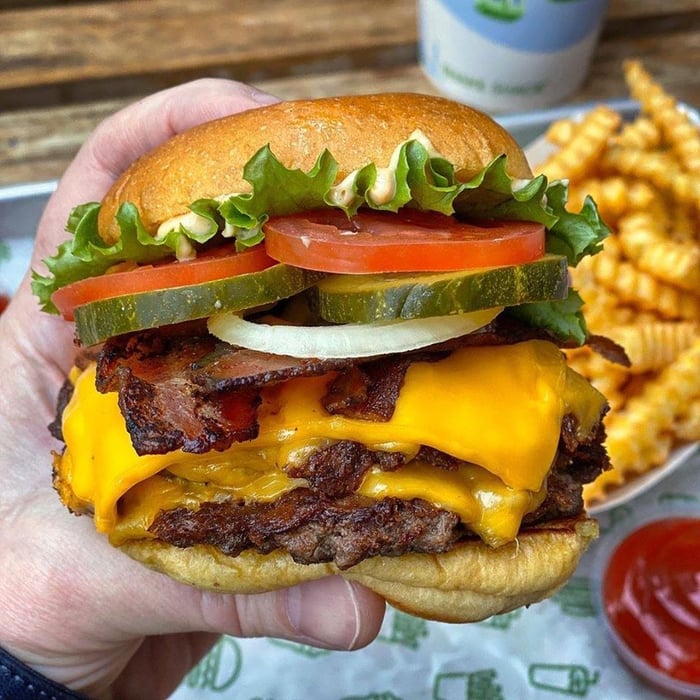 It might seem like rising growth and lessening per-store profits are on a collision course. But some of Shake Shack's troubles could result from temporary costs that might ease in the near future. The company's consolidated statement of income provides a breakdown of Shack-level operating expenses, showing that food and labor are the two biggest factors in driving costs:

With food inputs accounting for close to a third of all expenses, high Q4 chicken and beef prices both drove costs higher. Beef prices spiked 22.2% in November 2019, reaching $5.94 per kilogram. The price dropped to $5.04 per kilo by January 2020, likely helping to ease food expenses for Q1 2020. Opening restaurants outside the New York area should also help manage labor costs, which are exceptionally high in the "Big Apple."

Shake Shack has other strategies in the wings, but are they enough?

In addition to pushing Shack openings to the highest possible level as a method of increasing growth, Shake Shack plans several other moves in the near future. No restaurant can survive without fresh, new menu items for customers to try, and the company intends to release several limited-time offers or LTOs in the first half of 2020. ShackMeister burgers, chicken items, new shake flavors, and ranch dressing are all in the works, according to the Q4 earnings call.

Shake Shack has an enthusiastic following among many of its customers and a distinctive product that sells at the upper end of casual dining. Its menu innovations may help to bolster same-Shack sales in coming quarters. However, without addressing costs and launching initiatives to ensure that individual Shacks start contributing more strongly to revenues, income, and margins, the company still appears to be on shaky ground. Fools investing in restaurant stocks might want to consider these factors carefully before adding Shack Shack to their portfolio. At this point, a "wait and see" approach seems best.