Please ensure Javascript is enabled for purposes of website accessibility
Log In Help Join The Motley Fool
Free Article Join Over 1 Million Premium Members And Get More In-Depth Stock Guidance and Research
By Daniel B. Kline - Mar 12, 2020 at 11:58AM

Southwest (NYSE: LUV) has open seating and boards its planes using a letter and number-based system. It starts with the A group, then moves to B, and finally C, with passengers in each group lining up according to a number between 1 and 60.

It's generally an orderly process, but there has long been a glitch. The airline's A-list and A-list Preferred loyalty members (people who have flown at least 25 one-way flights during the current or previous year) get places in the A group or get to board after it (if they don't get a place in the A group), but anyone they are traveling with does not.

That policy splits up families or coworkers traveling together. Southwest has decided to change its rules. 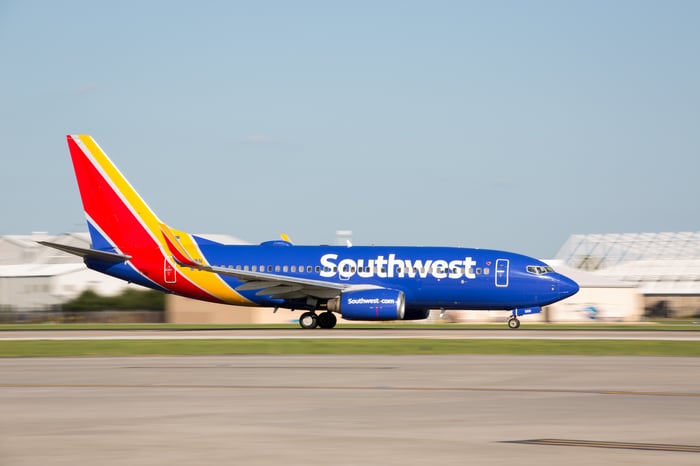 Southwest has changed its boarding policy for its most-loyal fliers. Image source: Southwest.

What is Southwest doing?

The airline has decided to let anyone traveling with an A-list or A-list Preferred member board together as long as they are traveling on the same reservation. That's an added bonus for the company's most loyal customers but it may also help the rest of the people boarding the plane.

How does it help everyone else?

Under the old system, A-list members could either board later with the other people in their party or board as per their ticket and try to save seats. The act of saving seats slows the boarding process and sometimes leads to disputes that really crams up the process.

The new system will prevent that and get people on board faster while keeping families and people traveling together, well, together. It's also a change that could lead to A-list and A-list Preferred members booking more family trips on the airline because they can now board together in a premium place in line.