Shares of airlines continued to lose altitude on Thursday, weighed down by an announcement Wednesday night that the United States was imposing a 30-day ban on flights from continental Europe in light of coronavirus concerns.

The announcement, made by President Donald Trump in an Oval Office speech to the nation, contained new restrictions but was short on details about an economic stimulus plan, sending the broader market and airlines in particular into a tailspin. 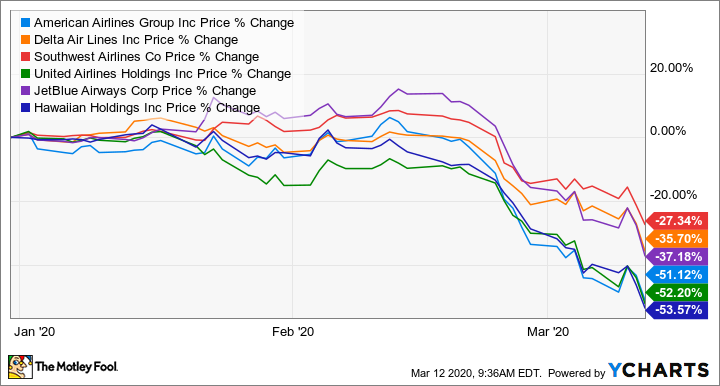 Airlines have taken it on the chin due to the COVID-19 pandemic, with near-term travel demand all but evaporating and bookings for key travel seasons including Easter, spring break, and summer vacation all declining dramatically. Many companies have also prohibited travel and called off major conferences, eating into demand for more lucrative corporate fares as well.

The airlines are taking the threat seriously, taking steps including cutting capacity, initiating hiring freezes, and deferring voluntary pension payments and capex spending. They are also working to firm up their liquidity, with United raising $2 billion earlier this week and Delta ($1 billion) and American ($500 million) each raising funds earlier in March. 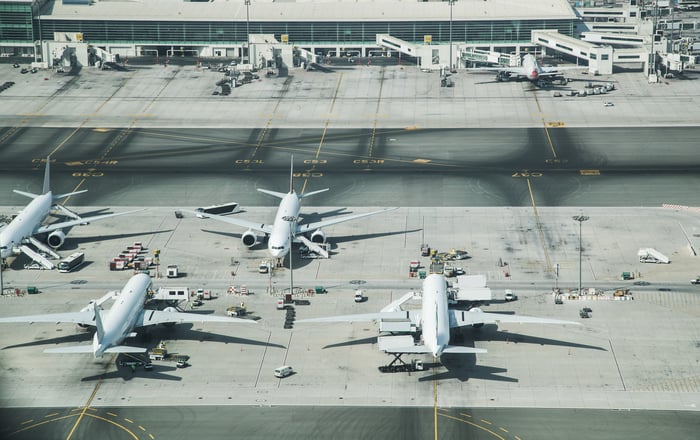 But with each passing day it is becoming more apparent that the crisis will not end quickly. The new travel restrictions will likely force U.S. airlines to suspend service to more international markets, sapping additional revenue.

The way airline stocks are trading, investors seem to be expecting one or multiple bankruptcies. History would suggest that's not out of the question, given what has happened to the industry during past downturns.

But the airlines come into this crisis healthier than at any point in recent history, and all of the major carriers have significant unencumbered assets that they can borrow against if the slowdown lasts into the second half of the year.

It's impossible to say when the selling will stop, and until the coronavirus threat is perceived to be under control it is going to be hard for these stocks to find a bottom. But I'm holding on to my shares, confident that the companies will eventually fly through this turbulence.

It's dangerous to try to catch a falling knife, but for investors with a long enough time horizon and an ability to block out the noise, it could even be a good time to go shopping.