Please ensure Javascript is enabled for purposes of website accessibility
Log In Help Join The Motley Fool
Free Article Join Over 1 Million Premium Members And Get More In-Depth Stock Guidance and Research
By Rich Duprey - Mar 14, 2020 at 9:51AM

The only stores to remain open are those it just reopened in China.

Just days after reopening all of its retail stores in China, Apple (AAPL 2.45%) announced it is closing every single store in the rest of the world to help combat the spread of the coronavirus. The closures will last until March 27. And the only stores that will remain open are those that just reopened in China.

In a notice posted on the company's website, CEO Tim Cook said Apple was also committing $15 million to fight the COVID-19 virus globally, which means not only helping those who've been diagnosed with the illness, but easing the economic and community impact of the pandemic. 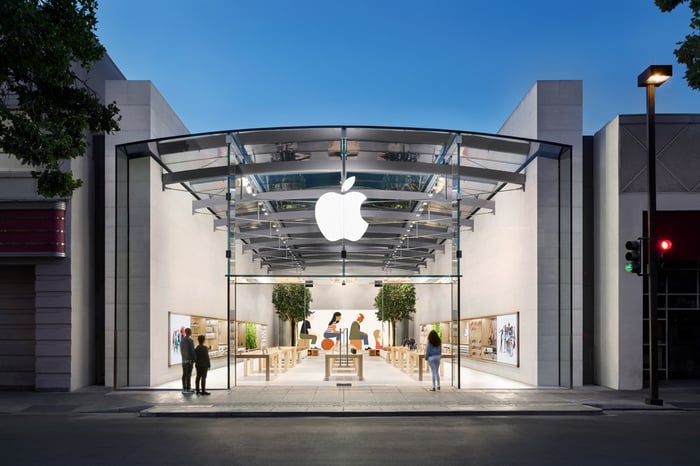 Cook said one of the lessons learned from China's response to the outbreak was the need "to reduce density and maximize social distance." Since instances of the virus are growing elsewhere in the world, Apple is taking steps to protect its employees and others by shutting its retail doors.

Among the measures being taken are having employees work from home where possible, while those who have to be on site should "maximize interpersonal space." Hourly workers will continue to be paid, and a deep cleaning at all sites will progress.

Apple closed all of its stores in China on Feb. 1 as the coronavirus spread rampantly through the country. It had expected to keep them closed for just a week, but then extended the closures as the virus' severity increased. However, by Feb. 24, it reopened half of its 42 stores.

On March 11, though, it closed all of the stores in Italy after the government announced the entire country was being quarantined. Apple has almost 460 locations outside of China, including about 270 stores in the U.S.