Please ensure Javascript is enabled for purposes of website accessibility
Log In Help Join The Motley Fool
Free Article Join Over 1 Million Premium Members And Get More In-Depth Stock Guidance and Research
By Jim Crumly - Mar 14, 2020 at 6:25AM

A fast-growing business that doesn't stumble could be just the ticket right now.

With fear of COVID-19 running rampant and stocks whipsawing from big losses one day to big gains the next, growth investors (at least, those who manage to resist the urge to hide in a cave) are probably wondering whether any stocks are impervious to the volatility. Perhaps not entirely -- but at least there are companies whose businesses are steady, even if their share prices aren't right now.

One well-managed company that just keeps growing with few surprises is cloud-based software-as-a-service vendor Veeva Systems (VEEV -3.63%). With revenue that comes mostly from subscriptions and a growth strategy that's expanding its user base as well as spending per customer, the company delivers the kind of performance the market values highly.

Veeva's founder and chief executive officer, Peter Gassner, was an executive vice president at salesforce.com (CRM -5.43%) who recognized the potential of designing cloud-based software for the life sciences industry. Where companies in that industry had been using a hodgepodge of software solutions to manage various facets of their businesses, Veeva stepped in to offer an ever-growing suite of software for customer relationship management (CRM) and other functions to support clinical, quality, and regulatory processes. 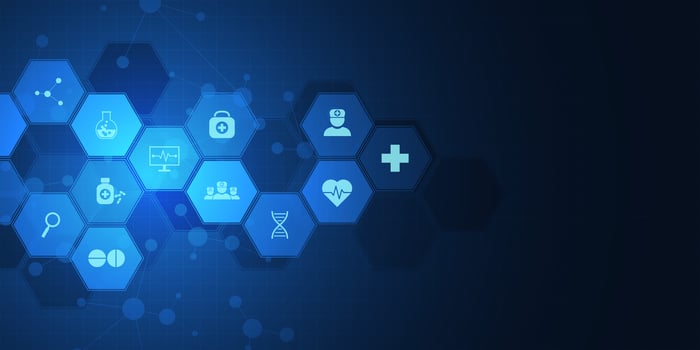 More of the same last quarter

The fact that Veeva's business is based mainly on subscriptions makes the company almost impervious to negative revenue surprises. The company has beaten Wall Street's revenue expectations for 20 quarters in a row -- including the most recent quarter, Q4 of fiscal 2020, when the company reported top-line growth of 34% to $311.5 million, compared with the analyst consensus of $298 million. Subscription revenue was 82% of the total and grew 33% year-over-year. Non-GAAP earnings per share, which excludes stock-based compensation and amortization of intangible assets related to acquisitions, rose 20% to $0.54, beating the analyst consensus by $0.02.

For the full fiscal year, Veeva's top line increased 28% on 29% growth in subscription revenue, and adjusted earnings per share were up 34%. The company recently raised its guidance for this year, saying it expects 27% top-line growth and a 14% increase in non-GAAP EPS.

Veeva has been so successful selling its products that the growth of its oldest product line, Commercial Cloud for CRM, is slowing just because the company already counts most of the industry's biggest players as customers. Commercial Cloud subscription revenue was up just 15% in fiscal 2020. But what has enabled Veeva to maintain its spectacular growth rate over so many years is its ability to add new major new product lines, allowing it to expand to new customers or to cross-sell new products to existing ones.

The newer Veeva Vault product line has essentially transformed the company, taking up the slack from slowing sales from CRM. Subscription revenue growth from Vault was 43% in fiscal 2020, excluding the effect of an acquisition, and now makes up 47% of the company's total subscription revenue, up from 30% three years ago. The number of Vault customers was up 25% in the year, with existing customers increasing their spending as they added new applications.

Commercial Cloud and Vault together are strong enough to generate accelerating revenue growth, but the company is looking ahead to other product lines that could fuel expansion years in the future. Veeva has launched Vault products that support quality and regulatory processes for companies in the consumer packaged goods, cosmetics, and chemical industries. Management estimates that its foray into industries outside life sciences opens up a market opportunity of about $1 billion annually.

But what has CEO Gassner excited now is Veeva's acquisition last year of Crossix, a life-sciences data analytics platform that contains health and non-health data about 300 patients in the U.S. with safeguards to protect patient privacy. The company's products enable healthcare businesses such as pharmaceutical companies and hospital systems to conduct targeted marketing campaigns using programmatic advertising. Crossix products allow its clients -- including 160 drug brands, 75 hospitals and health systems, and 50 over-the-counter and consumer brands -- to use programmatic advertising to get their television and digital display ads to target customers. It also has analytics to help marketers get insights into targeted patients.

In the most recent conference call, Gassner called the Crossix acquisition "transformative," drawing a comparison with Vault in its early days. The addition of privacy-safe patient data to Veeva's arsenal opens up new possibilities for enhancing Veeva's existing products. Gassner noted that besides contributing 7 percentage points of subscription revenue growth in the most recent quarter, "the Crossix team has brought new DNA around patients and data into Veeva."

Last year's acquisition of Crossix and a smaller company that provides speakers bureau services and software for event aren't the last moves the company will make to build on its success. Veeva has over $1 billion in cash with no debt and generated $437 million in operating cash flow last year, so expect it to make other strategic investments when the right opportunities come up.

Veeva stock is expensive, selling for about 20 times trailing revenue and 16 times this year's expected revenue. But Wall Street loves the steady, predictable performance of this company and the opportunities it has ahead, and today's valuation is considerably more attractive that the 30 times sales that the shares were selling for last summer.

Veeva's shares haven't avoided the bloodbath caused by fear of COVID-19, but they've held up better than most stocks, despite their high valuation. For 2020, the share price is down 4.5%, compared with a whopping 21% decline for the S&P 500.

There aren't many places for stock investors to hide from rampant fear over the impact of COVID-19. A highly valued stock like Veeva Systems might seem like a counterintuitive buy right now, but a steady-Eddie business that doesn't produce negative surprises can be an antidote to a volatile market. While shares might still fall more from here, long-term investors should consider adding some shares of Veeva at today's price and adding more if the stock falls further.