The wide gap between the offer price and the craft brewer's trading price suggests there may be concerns.

Investors seem to be getting antsy about Anheuser-Busch InBev's (BUD 0.29%) buyout of Craft Brew Alliance (BREW).

Although the mega brewer agreed to buy the remaining 68% of the craft brewer it didn't already own for $16.50 per share on Nov. 11, the stock of Craft Brew Alliance has been trading below that level, and recently fell to as much as 20% beneath the buyout price.

While much of that was due to the market's meltdown over the coronavirus outbreak, the stock remained 9% below the offer price even after Friday's market rally. That suggests there is some doubt among investors about whether Anheuser-Busch will go through with the deal, because of coronavirus or some other concern. 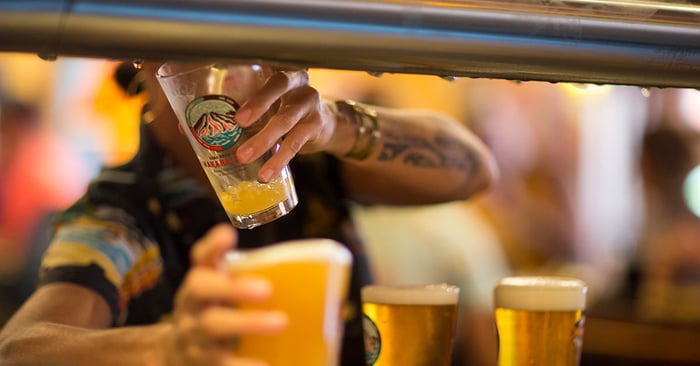 On the surface, there shouldn't be anything to worry about. Shareholders of Craft Brew Alliance approved the acquisition, with 98% voting in favor, a not unsurprising outcome considering there were calls for the brewer to sell itself to someone -- anyone! -- when it looked like Anheuser-Busch wasn't going to make an offer.

And though the Justice Department has made a second request for information regarding the buyout, that's not an unheard-of development. When Anheuser-Busch bought SABMiller, there was a similar second request made and the deal was ultimately approved, albeit with conditions placed on the deal.

Even the coronavirus panic that's gripped many will subside eventually, but it doesn't mean you should necessarily try to play the arbitrage present. There are reasons to be hesitant, even if you think the deal will eventually be completed.

Despite second requests being fairly common in acquisitions, it's not a formality. It means the Justice Department has found something in the deal that raises a yellow flag about the competition it would eliminate.

We don't know what it was that gave the regulators pause, but when Anheuser-Busch bought Miller, the Justice Department specifically stipulated the brewer wouldn't acquire any more brewers without a review on the competitive impact it would have.

The Brewers Association pegs Craft Brew Alliance as the 12th biggest brewer overall, and Anheuser-Busch acquiring it combines 21 separate crew beer labels under one roof, accounting for two million barrels of craft beer, or 1% of the 194.3 million barrels of beer produced in 2018.

It also represents about 8% of all the craft beer produced, or about the same percentage produced as Boston Beer (SAM -3.38%), which is arguably still the face of the craft beer industry.

Craft beer's growth has slowed to the low- to mid-single digit range, which while still growing, is losing drinkers to other beverages, most notably hard seltzer. While Boston Beer produces the second largest hard seltzer brand in Truly, and other brewers including both Anheuser-Busch and Craft Brew Alliance are introducing their own seltzers, the main pull of the acquisition is Craft Brew's Kona Brewing.

Its flagship beers Big Wave and Longboard have been the strength of the business, particularly after Craft Brew Alliance launched its Kona+ strategy of funneling most of its marketing support behind Kona while offering minimal backing to everything else.

Yet where Kona's depletions, or sales to distributors, were growing at double-digit rates, they settled at a 5% gain in the U.S. in 2019.

Last, despite the current spread with the stock price, playing the arbitrage means you're still betting against the deal being completed, which would cause Craft Brew Alliance's stock to crater. You'd be hoping for some upside, while facing a lot of downside risk.

Now Anheuser-Busch InBev's market share has eroded over the past decade, even with the acquisition of Miller, so that it now stands at around 40% as consumer preferences have changed. That's still substantial, and nearly twice as much as No. 2 MillerCoors, but a sizable decrease for when it owned nearly half the market in 2008.

I'm guessing the Justice Department and the Federal Trade Commission will sign off on the deal, but there may be significant changes forced on the two, and that creates enough doubt about Anheuser-Busch's willingness to move forward for there to be good cause behind the stock price discrepancy.