Musical television ads and cheery GIFs both aim to promote the new sodas.

In a move that's likely to bring pleasure to the palates of many fans, PepsiCo (PEP 1.64%) responded to popular opinion by launching a campaign to promote its release of two soda flavors. One is a returning favorite, Pepsi Wild Cherry Zero Sugar. The other is a new offering, Pepsi Vanilla Zero Sugar. The move comes after customer surveys indicated people preferred the flavors separate rather than combined into a single Cherry Vanilla formula. 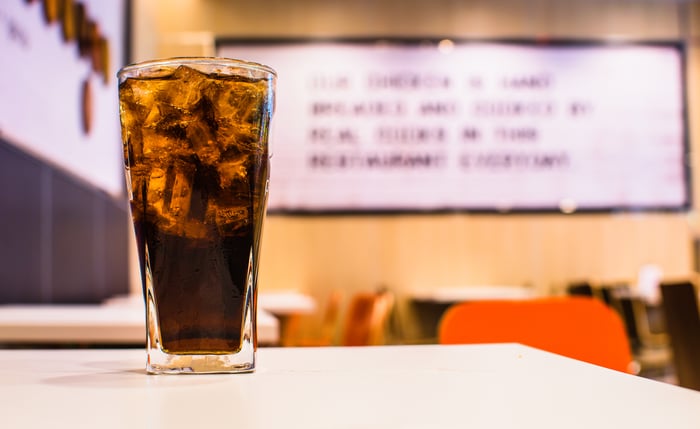 Despite recently focusing on its acquisition of energy drink brand Rockstar, Pepsi has found time to develop a vigorous ad push to promote the two fresh flavors in its lineup. The advertisements tie into the company's slogan and campaign "That's What I Like," minted at the start of 2020 to appeal to a new generation of Pepsi drinkers.

Described by the company as "unapologetic," "That's What I Like" makes intensive use of music in ads to help drive interest in its products. Music styles highlighted include Latin pop and hip-hop.

Simultaneous with the tuneful television ads, PepsiCo has partnered with Giphy to create promotional animates GIFs to help sell the Vanilla and Wild Cherry flavors. These GIFs are fully shareable, helping to create online buzz for the new soda varieties.

Each image features in an anthropomorphic Pepsi Zero Sugar can with arms and legs giving the thumbs up, waving, working at a computer, floating on a cloud, or performing some other action. Besides the soda can, each image displays an upbeat or useful one or two word phrase, letting users ask their friends "what's up," praise them for "crushin' it" or doing "good work," wishing them "good night," or have fun with "let's party."