The company's getting a new CEO.

Shares of Lockheed Martin (LMT 0.21%) traded down more than 9% on Monday morning -- and opened down 13% -- after the defense contractor announced an unexpected CEO transition. Marillyn A. Hewson will step down effective June 15, to be replaced by current Lockheed board member and American Tower (AMT 0.21%) CEO James D. Taiclet.

Hewson, 66, was known to be on her way out eventually. In 2018, Lockheed had to change its mandatory retirement age rules to allow her to stay on past 2019. But the announcement still caught investors off guard, and in the middle of an extended market slide, investors tend to react negatively to unexpected news. 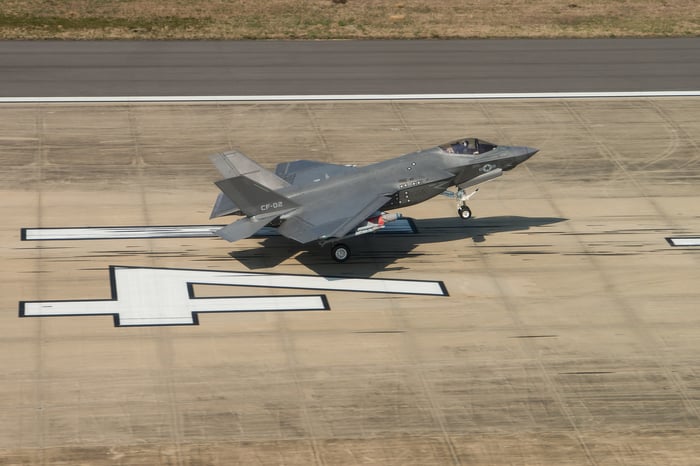 Hewson has worked at Lockheed Martin since 1983 and was named CEO in 2013. During her tenure, the company sold off much of its IT business and acquired Sikorsky helicopters from United Technologies, helping to diversify Lockheed's portfolio and making it less reliant on the F-35 Joint Strike Fighter.

Her replacement, Taiclet, has a lot of past aerospace experience at Honeywell and United Technologies. He is also a retired U.S. Air Force officer and a graduate of the Air Force Academy.

Lockheed Martin is also appointing a company insider, Frank St. John, as chief operating officer to work with Taiclet and try to ensure a smooth transition.

Lockheed has been one of the top-performing defense stocks in recent years, and the company's trajectory is still pointing upward. There's nothing in this transition that would suggest the bull case for Lockheed Martin has changed. But on a "risk-off" day, shareholders don't need much of an excuse to sell.