There aren't enough ventilators for those who will need them as the coronavirus pandemic grows, but Prime Minister Boris Johnson thinks non-medical manufacturers can contribute to supplying more.

British Prime Minister Boris Johnson has asked his nation's manufacturing plants to help fight the pandemic by shifting some of their capacity into making health equipment, including ventilators, Reuters has reported.

Automakers Honda Motor (HMC -1.29%) and Ford Motor (F -2.46%) are among the companies with local factories that have been asked to help. Jet engine maker Rolls-Royce Holdings (RYCEY -2.73%) has also reportedly agreed to do so where it can. 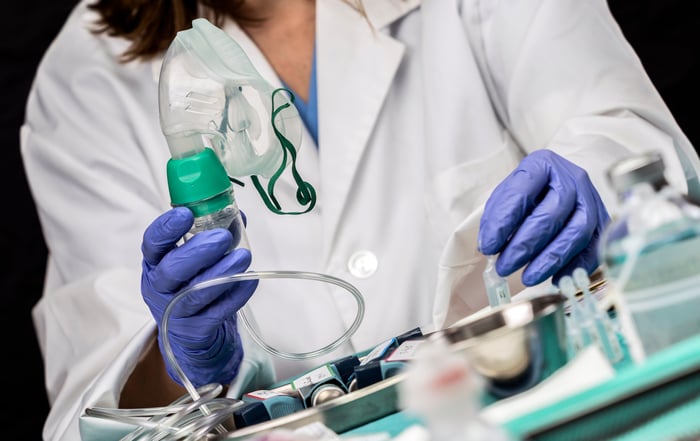 A call for industry assistance

In an effort to increase the production of "vital medical equipment," Prime Minister Boris Johnson has contacted over 60 manufacturers in the country, according to a spokeswoman for the Prime Minister's office.

"He asked manufacturers to rise to this immediate challenge by offering skills and expertise as well as manufacturing the components themselves," the spokeswoman said. "Businesses can get involved in any part of the process: design, procurement, assembly, testing, and shipping."

The Telegraph on Tuesday reported that the figures from the Department of Health and Social Care show 1,950 people have tested positive for COVID-19 in the country – up by 407 from the day before.

Honda has had a manufacturing plant in Swindon, Wiltshire, since 1985, which produced over 100,000 vehicles in 2019. Ford has two facilities in Britain that made a combined 1 million-plus engines last year.

It was not immediately clear how those factories would be able to contribute to the manufacture of ventilators and other medical gear in short supply, but the spokeswoman reiterated that the prime minister had made clear that Britain's response to the pandemic would require a national effort.