The COVID-19 pandemic is bringing the economy to a standstill. A bipartisan bill to send cash directly to Americans is aimed at cushioning the financial blow many people would feel.

The U.S. economy is under extreme pressure from efforts to contain the coronavirus pandemic. More than half of America's schools are closed, thousands of businesses have already sent employees home, and state and local governments are banning public gatherings, restricting restaurants to take-out and delivery. Borders are closing around the world, and the hospitality, air travel, and cruise industries are all but closed for business. The outlook for millions of service industry workers is not good. Many will lose their jobs, and many more will face severe reductions in the hours they work.

In an effort to soften the financial blow, a Democratic proposal to send every American adult a cash payment is gaining momentum and now has bipartisan support. 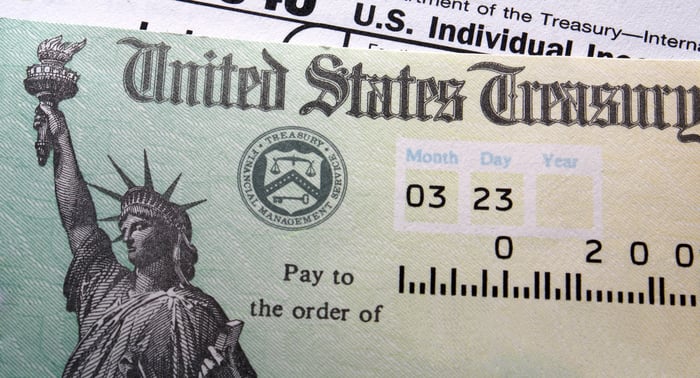 The federal government has already announced multiple actions to support the economy and keep the financial system functioning during the COVID-19 pandemic. The White House has given the Small Business Administration more capacity to help support small businesses that are bearing the brunt of the economic slowdown, while the Federal Reserve has taken massive actions to keep the gears of the financial system lubricated. Over the weekend, the Fed announced it would slash interest rates to near zero and inject $700 billion into critical lending markets to keep the system liquid.

The government has also taken actions to make it easier for the healthcare industry to respond, including temporarily halting enforcement of some HIPAA regulations limiting the use of telecommunications to treat patients, and allowing for the use of non-medically approved masks used in industrial applications for healthcare workers.

But this potential legislation, if passed, would be the first direct effort to provide financial relief to individuals. The initial legislation by two Democratic lawmakers last week proposed a cash payment of $1,000 to $6,000 to every American who earned less than $65,000 in 2019.

U.S. stocks responded favorably to the government's new actions and word of this proposal. The SPDR S&P 500 ETF (SPY 1.06%) was up 4.2% about one hour before market close.