Please ensure Javascript is enabled for purposes of website accessibility
Log In Help Join The Motley Fool
Free Article Join Over 1 Million Premium Members And Get More In-Depth Stock Guidance and Research
By Donna Fuscaldo - Mar 18, 2020 at 6:48AM

Despite the coronavirus outbreak, Qualcomm, Broadcom, and Cisco are raising their dividends and paying out high yields.

High dividends and technology stocks aren't usually synonymous. After all, tech companies are known for their focus on growth, pouring cash into research and development and expanding their businesses.

But it turns out there are several tech stocks that pay a dividend. Among them are the standouts that have high and sustainable payouts. Mobile chip makers Qualcomm (QCOM 4.17%) and Broadcom (AVGO 2.52%), and networking equipment company Cisco (CSCO 2.73%) all fall into that category. Read on to learn why. 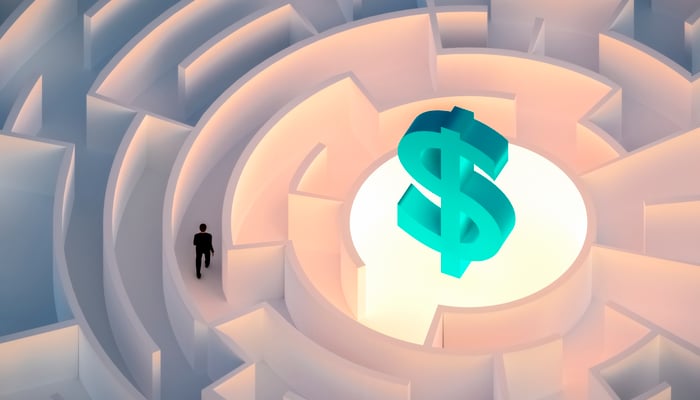 Qualcomm raises its dividend amid the coronavirus outbreak

The COVID-19 outbreak is having a devastating effect on the global economy. France, Italy, and Spain are virtually shut down and the number of confirmed cases in the U.S. is rising. China may be on the mend, but there's still a lot of uncertainty looming.

That has negatively affected the smartphone market and the companies that supply it, including Qualcomm. In early February, the world's largest producer of smartphone semiconductors and modems issued an earnings warning because of the disruptions the outbreak is having on the global mobile market.

Despite that, Qualcomm was still able to raise its dividend a month later, announcing last week that it's increasing its quarterly payout by 5%. Payable after March 26, the quarterly dividend goes to $0.65 a share from $0.62 a share, yielding 3.7% .

Not too shabby in a low-interest-rate environment. Qualcomm said in a press release that the move was part of its commitment to return capital to stockholders.

It is the underlying strength in Qualcomm, even with the outbreak raging, that the dividend increase highlights. While demand may have come to a halt in the near term, 5G networks are still being built and there's still pent-up demand to upgrade smartphones.

5G is expected to spur a supercycle of upgrades as the likes of Apple (AAPL 2.45%) and Samsung (OTC:  SSNLF) launch 5G devices. Apple, Samsung, and several other big-name smartphone makers use Qualcomm modem chips in existing products and the 5G ones coming down the pike. Qualcomm, as a result, stands to benefit, which means investors do so as well. It doesn't hurt that Qualcomm has a strong record of raising its dividend, having done so for nine years in a row.

Broadcom to benefit from 5G

Chipmaker Broadcom also isn't immune to the coronavirus outbreak, but there's a lot to like about its prospects and dividend. Just last week, it lowered its revenue target for 2020, citing a slowdown in demand. It now expects revenue in its second quarter to come in at $5.7 billion, plus or minus $150 million, below the Wall Street consensus.

When issuing the warning, Broadcom took pains to make it clear it wasn't selling its wireless business, which recent reports have pointed to, saying it will provide the radio frequency chips for three generations of 5G mobile phones for an undisclosed major customer. Wall Street thinks that's Apple. Like Qualcomm, Broadcom should benefit from the 5G rollout once the coronavirus is contained globally.

On the dividend front, Broadcom's annual payout yields 6.6% and in the most recent quarter, the company had a payout ratio of 61.9%. That means more than half of its earnings are returned to shareholders in the form of dividends. Broadcom's dividend has been growing for 10 straight years.It does have $44.6 billion in debt, which could put the dividend at risk in bad economic times, but Broadcom is sitting on $6.4 billion in cash and has free cash flow of more than $9 billion. With 5G on the horizon and with Broadcom still in with Apple, the dividend could increase, which is music to the ears of income-seeking investors.

For the networking equipment maker, coronavirus couldn't have hit at a worse time. The company was already restructuring amid a decline in revenue as it shifts away from hardware and focuses on software and services. In late February, it confirmed to the Wall Street Journal that it's laying off more workers amid economic uncertainty. Cisco wouldn't say how many people were affected and in what areas it's pruning. The networking equipment maker also cautioned that it's not clear what effect coronavirus will have on full-year operations.

Despite a 4% decline in revenue during its fiscal second quarter,  Cisco was still able to raise its quarterly dividend by $0.01 to $0.36 a share, or 3%. The dividend yields 4.1%.  Cisco CFO Kelly Kramer said the increased dividend "shows confidence in the strength of our ongoing cash flows and demonstrates our commitment to shareholder return."

Cisco is no stranger to raising its dividend. It has consecutively upped it for nine years, and with a strong cash position, cash in the bank, and the company poised to benefit from 5G and Wi-Fi 6, Cisco's dividend is protected now and into the future.

With the coronavirus spreading around the world, the effect on the global economy remains to be seen. That's creating a huge amount of volatility as stocks whipsaw between huge gains and losses. For income-seeking investors, choosing high-yielding tech stocks that will excel in the future can cushion some of the coronavirus-induced blow. Qualcomm, Broadcom, and Cisco fit the bill.