Please ensure Javascript is enabled for purposes of website accessibility
Log In Help Join The Motley Fool
Free Article Join Over 1 Million Premium Members And Get More In-Depth Stock Guidance and Research
By Brian Orelli, PhD - Updated Mar 19, 2020 at 11:30AM

The difficulty of testing people who may have COVID-19 has become a bottleneck to stopping the coronavirus pandemic in the U.S. But soon, this obstacle should be cleared with multiple drug and diagnostic companies seeing their SARS-CoV-2 tests pass the health regulator's muster.

On Wednesday, Abbott Labs (ABT 1.45%) was granted an Emergency Use Authorization (EUA) from the Food and Drug Administration for its RealTime SARS-CoV-2, which tests for the coronavirus that causes COVID-19. The tests run on Abbott's m2000 RealTime Systems that are used in hospital and diagnostic laboratories.

Abbott's machines can run up to 470 tests in 24 hours. The company has 150,000 tests ready to distribute and is ramping up production with a goal of up to 1 million tests per week. 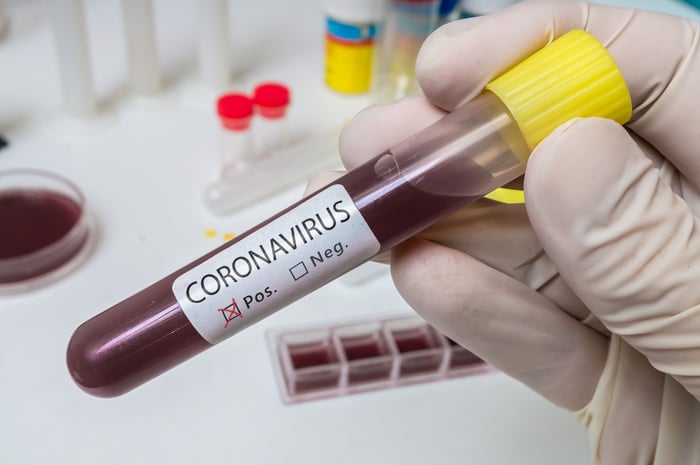 Last week, the FDA granted an EUA to Roche's (RHHBY 0.72%) cobas SARS-CoV-2 test, which runs on two different machines sold by Roche and has a higher throughput of 1,440 or 4,128 tests per hour depending on the machine. Roche committed to producing "millions" of tests per month.

On Wednesday, Qiagen (QGEN 1.38%) launched its QIAstat-Dx Respiratory SARS-CoV-2 Panel test for the coronavirus that goes by the name SARS-CoV-2. The test, which can produce a result in about one hour, obtained CE marking, allowing it to be sold in countries that accept the CE designation, such as countries in the EU.

Qiagen's tests run on its QIAstat-Dx Analyzer, which are in more than 1,000 hospitals, clinics, and labs worldwide. The test is a so-called syndromic test that can test for multiple respiratory infections at the same time -- thus the "panel" in the name. In addition to SARS-CoV-2, the test also looks for other coronaviruses, flu viruses, and some other viruses and bacteria that cause repository issues, making it a one-stop-shop for doctors.