Weakening spending around the globe is hitting American Express, while increased usage of videoconferencing software is helping Cisco.

If Wednesday's losses hold, the Dow Jones Industrial Average (^DJI 2.68%) will close below 20,000 for the first time in years. The Dow was down 7.3% at 12:40 p.m. EDT as the novel coronavirus pandemic continued to worsen in the United States.

The CDC reported more than 7,000 cases and 97 deaths from the virus in the United States as of Wednesday. The impact of measures taken in some states and cities, such as suspending dine-in service at restaurants, will take time to show up in the numbers.

With fears of a deep recession growing, American Express (AXP 3.18%) stock was hammered on Wednesday. Meanwhile, shares of Cisco Systems (CSCO 2.73%) managed to rise in a very weak market, perhaps due to its videoconferencing products.

American Express stock was down 16.8% by early afternoon as the stock market sold off. The company updated investors on Tuesday, providing weak first-quarter guidance and commenting on the impact of the pandemic. 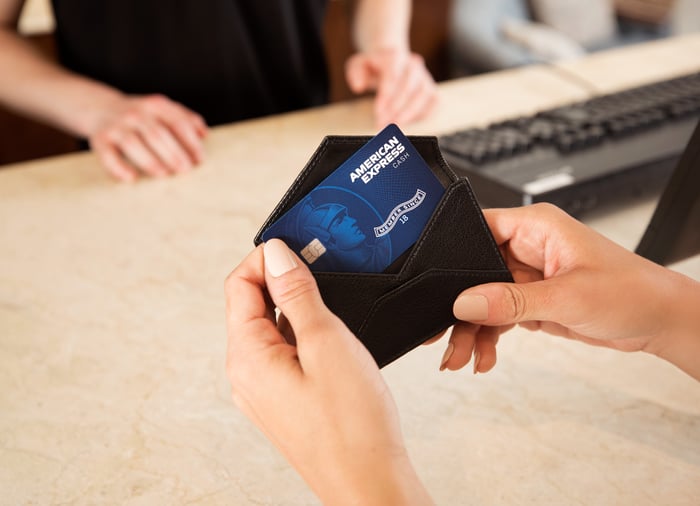 The company saw performance in January and February that was consistent with 2019, but softness in spending volumes began to emerge in the final days of February and have accelerated in March. The company also said that weakening spending volume is now a global problem.

For the first quarter, American Express expects to report currency-adjusted revenue growth of just 2% to 4%, along with adjusted earnings per share between $1.90 and $2.10. The company said it's unable to provide an outlook beyond the first quarter due to uncertainty surrounding the outbreak. Previously, American Express guided for revenue growth of 8% to 10% for the year.

On top of slowing spending volumes, a global recession could increase charge-off rates for American Express and hurt the company's results even more. At the very least, the next couple of quarters will be rough for the company.

Networking hardware giant Cisco was one of the few Dow components to rise on Wednesday. The stock was up 4% by early afternoon.

One reason for the rally could be increased usage of the company's Webex videoconferencing platform. With social distancing and work-from-home becoming necessary as the pandemic spreads, Cisco has seen a huge surge in usage. CEO Chuck Robbins told CNBC that the platform handled 5.5 billion meeting minutes in the first 11 days of March.

Beyond videoconferencing, Cisco's core business is providing the enterprise switches and routers that form the backbone of the internet. One thing that's unlikely to decrease during the pandemic is internet usage, given how many people are now working remotely. Cisco will still likely see a negative impact to its results, but sales may hold up a bit better compared to companies that don't sell mission-critical equipment.

Cisco stock is still down 21% over the past month, but investors were getting a little more optimistic about the company on Wednesday.