What you need to know about GitHub's latest mobile application.

On March 18, 2020, Microsoft-owned (MSFT -0.23%) GitHub released an application on Apple's iOS and Google's Android which will help developers stay in touch with their team, merge code, and prioritize issues on the go from mobile devices.

According to GitHub, this collaboration tool for mobile can help users organize tasks in an effective way (just by a swipe), as well as review and merge pull requests or give feedback and respond to critical issues, irrespective of location. 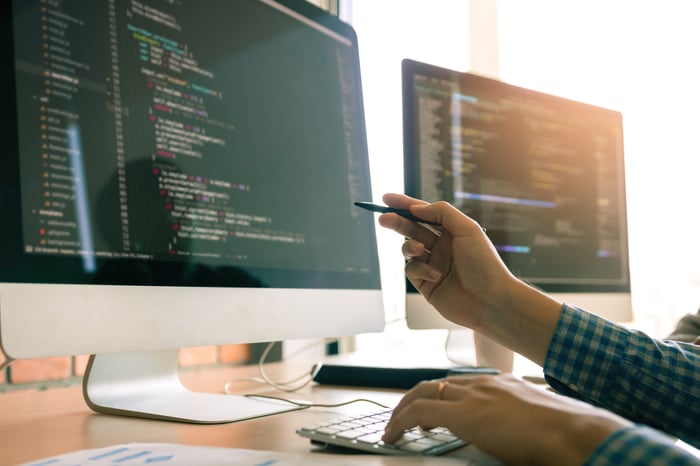 This application is available starting today on Google Play and the App Store for teams, individuals, and enterprises. It is a fully native app which means it can easily support multiple screen sizes and runs on dark mode as well.

There's a lot you can do on GitHub that doesn't require a complex development environment, like sharing feedback on a design discussion or reviewing a few lines of code. We're making these tasks easier to complete while you're on the go, with a fully native experience. With GitHub for mobile, you have the flexibility to move work forward and stay in touch with your team, wherever you are.

This tool will hugely benefit developers as people are increasingly working from home while the COVID-19 pandemic continues to take a heavy toll on the global economy.

Microsoft acquired GitHub for $7.5 billion in 2018. GitHub is a platform where millions of developers collaborate and have over 100 million code repositories.