Please ensure Javascript is enabled for purposes of website accessibility
Log In Help Join The Motley Fool
Free Article Join Over 1 Million Premium Members And Get More In-Depth Stock Guidance and Research
By Keith Speights - Mar 18, 2020 at 7:04AM

The big biotech has a drug that struck out on one super-contagious disease but could be the best option on the scene for treating another.

If you watched ABC's Good Morning America TV program on Tuesday, you might have seen and heard a report about a drug developed by Gilead Sciences (GILD 0.35%). The Wall Street Journal recently published a story about the same drug. A World Health Organization (WHO) official specifically mentioned the drug in a briefing in late February.

Why is everyone talking about Gilead and its experimental drug remdesivir? Because it just might present one of the best options for treating coronavirus disease COVID-19. 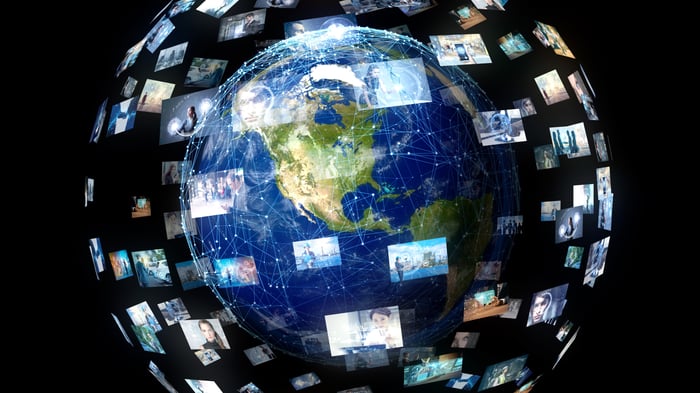 Gilead teamed up with the Centers for Disease Control and Prevention (CDC) and the U.S. Army Medical Research Institute for Infectious Diseases (USAMRIID) in 2014 to work on a drug that could potentially treat the Ebola virus. Remdesivir (also known as GS-5734) was identified as a promising prospect.

An Ebola outbreak in the Democratic Republic of Congo in 2018 led to the country approving the use of remdesivir as an experimental treatment for the virus. Gilead's drug was one of four experimental therapies Congo allowed to be used.

The good news is that two of the drugs eventually proved to be effective at treating Ebola. The bad news is that remdesivir wasn't one of them. By late 2019, remdesivir and Mapp Biopharmaceutical's ZMapp had been dropped from a clinical trial evaluating the four Ebola drugs.

That wasn't the end of the story for remdesivir, though. Researchers continued to study the drug in treating other types of viruses, notably including MERS and SARS, both of which are members of the coronavirus family. And those studies were much more promising.

The initial research for remdesivir in treating coronaviruses involved only preclinical testing in animals. But when the novel coronavirus SARS-CoV-2 began infecting people in China in late 2019, there was an urgency to find out if Gilead's drug could be effective in humans.

Gilead to the rescue?

Chinese health officials scrambled to begin two clinical studies evaluating remdesivir in treating patients with COVID-19, the disease caused by the novel coronavirus. Gilead provided the drug at no charge for these studies and gave input on how the studies should be designed and conducted.

In late February 2020, the National Institutes for Health (NIH) began the first U.S. clinical trials of remdesivir in treating COVID-19. Gilead also initiated two late-stage clinical studies of its own in Asian countries and other countries with high numbers of COVID-19 cases in early March. World Health Organization assistant director-general Bruce Aylward even said that remdesivir is the "one drug right now that we think may have efficacy."

There has been some reason for pessimism, though. A paper circulated before an official peer review of the U.S. clinical trials that revealed three patients receiving remdesivir experienced significant gastrointestinal symptoms and elevated liver enzyme levels. However, any concerns are definitely premature, especially considering that the only three patients who were given remdesivir had the most serious cases of COVID-19.

And there has been some reason for cautious optimism as well. Several patients from a cruise ship who were diagnosed with COVID-19 appeared to have been helped by remdesivir.

It will likely be a few months before we know for sure whether or not remdesivir truly holds potential as a treatment for COVID-19. If it does, you can bet that Gilead Sciences will receive a lot more public attention -- and that the biotech stock will soar.

In the meantime, there's more going on with Gilead. The company's HIV drugs continue to rake in billions of dollars in sales. Gilead has emerged as the leader in CAR-T cell therapies for treating cancer. It could also soon stake a claim in the massive immunology market if filgotinib wins FDA approval later this year in treating rheumatoid arthritis.

However things pan out for remdesivir in treating COVID-19, the rest of the story should be good for Gilead Sciences.