The stock market had a relatively calm day, with major benchmarks all finishing on the upside. The Nasdaq Composite (^IXIC -0.30%) led the way higher, but the Dow Jones Industrial Average (^DJI 0.03%) and the S&P 500 (^GSPC 0.01%) had to settle for more modest gains.

Among some of the biggest movers, Uber Technologies (UBER 0.47%) bounced back from its recent slump as company executives reassured investors that the ride-hailing service appears to be able to deal with an extended period of losses stemming from the coronavirus outbreak. Meanwhile, Netflix (NFLX 1.56%) found itself at the center of an unusual controversy, with government officials asking it to take extraordinary action to prevent what could be a particularly ill-timed problem.

Uber has the cash

Shares of Uber Technologies jumped 38% Thursday, rebounding from a new all-time low earlier in the week. The ridesharing service had some investors nervous about its ability to ride out weaker demand amid the novel coronavirus outbreak, but its CEO weighed in with reassurances about its capital reserves. 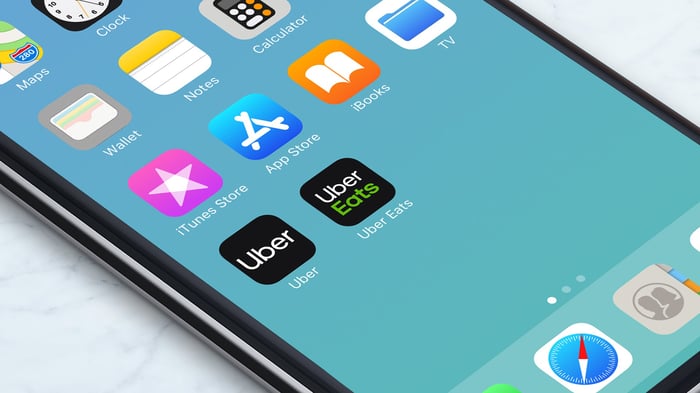 Uber's Dara Khosrowshahi gave an update on the company's financial condition, and it featured considerable liquidity. Uber has $10 billion in cash that isn't subject to any restrictions, and it's been working on cutting back internal costs in preparation for a possible drawdown of its financial reserves. The CEO went on to say that even if ridership plunges 80% across the globe, it still anticipates having $4 billion in cash.

Uber is also in good condition with respect to the rest of its balance sheet. The company has a $2 billion revolving credit line that it can draw down if it needs to. Uber also doesn't have any major debt maturing before 2022, giving it some time to get its business back on track.

Even after today's gains, though, Uber has still seen its stock lose half its value just since mid-February. Investors might need to see what actually happens to Uber's business before they'll be confident that the company will achieve its long-term potential as a growth stock.

Netflix takes one for the team

Elsewhere, Netflix saw its stock rise 5%. The video-streaming specialist has a problem that just about any business would want, but the solution might prove equally unconventional.

Government officials in the European Union have asked Netflix to throttle back the quality on its video-streaming services amid unprecedented levels of viewership on the continent. With populations in many countries subject to shelter-in-place or quarantine measures, those staying at home are taking advantage of their Netflix subscriptions for entertainment. The EU believes that by having Netflix offer standard definition streaming rather than high definition during periods of peak usage, it'll prevent broader disruptions that could take out internet service completely in some areas.

Netflix has reportedly agreed to the request, cutting its transmission rates for the next 30 days. The streaming service believes that this will cut its share of internet traffic in Europe by about 25% while still not sacrificing too much quality for its viewers.

As the response to the COVID-19 pandemic affects more people across the globe, internet-related service issues will rise in importance. Netflix is proactively working to limit its threat to long-term internet quality, but if demand keeps rising, the problem could come back in the future.