Spirits makers would be taxed if they produced hand sanitizer using one type of ethanol but not another.

One of the items that seemed to disappear from supermarket shelves first and still remains difficult to find is hand sanitizer. The nation's distillers are asking the Trump administration for an "emergency fix" to regulations that would allow them to produce this high-demand item without penalty.

The Distilled Spirits Council of the US (DISCUS), which represents industry giants like Bacardi, Brown-Forman (BF.A -1.27%) (BF.B -1.07%), Constellation Brands (STZ -4.34%), and Diageo (DEO -0.60%), says federal regulations impose an excise tax on hand sanitizer if it is made with ethanol. 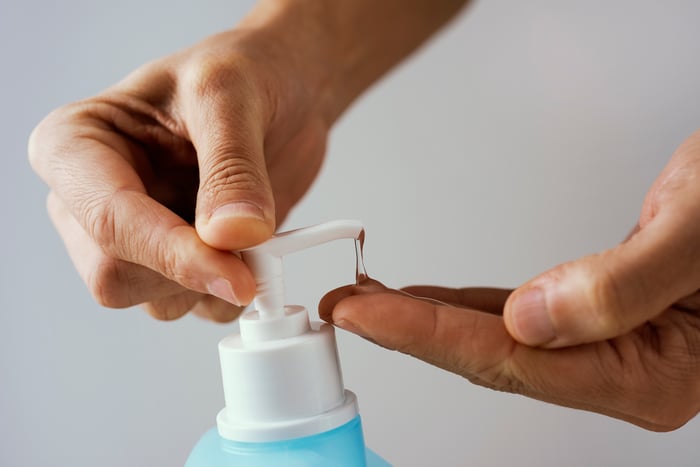 Distillers use both kinds of alcohol in the production of spirits, and DISCUS wants its members to be able to produce hand sanitizer with whatever kind they have on hand.

It says the TTB was helpful in clearing the way by not requiring distillers to get a special permit to produce sanitizer so long as they already held a beverage producer's permit. So long as they follow the World Health Organization's recipe for hand sanitizer, which includes grain neutral spirits, glycerin, and hydrogen peroxide, there would be no barriers to production.

While DISCUS says it appreciates the help it's received from TTB, the organization notes the industry is being strained by closures of restaurants and bars, and that "forcing them to pay taxes on the hand sanitizer is just plain wrong."