And just in time for your coronavirus staycation, Google's Stadia has a new game to play.

California has issued a statewide order to its 40 million residents to stay at home for the duration of the coronavirus crisis. Nevada has instructed "non-essential" businesses to close for 30 days, sending workers at those businesses home as well. This morning, New York followed suit and sent its non-essential employees home.

What are all these folks supposed to do at home? The lucky ones may still be able to earn a living by working from home. The rest will have to find some other way to occupy their time -- and Alphabet (GOOG 4.41%) (GOOGL 4.16%) hopes that they'll take up cloud-based gaming. 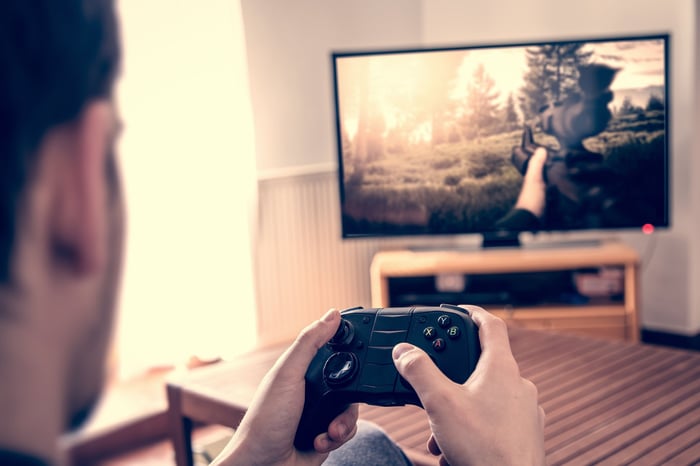 For those willing to pay to play, however, today Google announced it's discounting the cost of its Stadia Premiere Edition package, which includes a Stadia controller, included Chromecast Ultra service, and three months of Stadia Pro, to just $99 (from a retail price of $129) for one day only.

Ostensibly, Google says the price cut is to celebrate the U.S. launch of Bethesda's Doom Eternal game on the Stadia service. But if cutting $30 off the price of Stadia Premiere also happens to have the side effect of introducing more gamers to the Stadia service right at the outset of a perhaps three-month long, coronavirus-enforced, homestay program, I doubt Google would be too upset by that.