Please ensure Javascript is enabled for purposes of website accessibility
Log In Help Join The Motley Fool
Free Article Join Over 1 Million Premium Members And Get More In-Depth Stock Guidance and Research
By Dan Caplinger - Mar 20, 2020 at 8:12AM

It's not the one you think. You're too smart to sell at the bottom, but what comes next could hurt you even more.

After more than a decade of steadily rising prices, the stock market has gone into freefall in the past month. Uncertainty about the COVID-19 pandemic has the entire world more nervous than ever, and that's made it nearly impossible to predict how long the new bear market will last or how low it will go.

Bear markets bring plenty of investment mistakes to the forefront, especially among newer investors who've never seen one before. The obvious one that you've been coached over and over to avoid is selling when the market is plunging. Yet even if you're able to control your emotions well enough not to make that simple mistake, there's a more sinister pitfall that snares even more investors if they're not careful to avoid it.

Time to buy, not to sell

Long-term investors know that if you want to make money in the stock market, you have to be willing to endure downturns like the one we're going through right now. It might seem like timing the market would be easy, but in reality, those who try to buy and sell frequently end up losing more in profits from having been out of the market at the wrong time than they gain by being out at the right time. 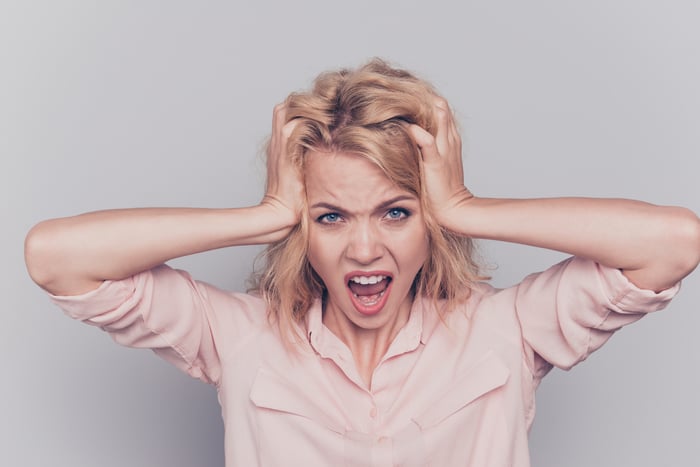 It's harder than you'd think not to sell at the bottom. The news always looks worse when the market is at its lows, and the bearish case seems very compelling. Only hindsight makes the emotional response to those dire predictions seem silly. Fortunately, it usually takes just one episode of falling prey to this mistake for an investor to vow never to make it again. After that, it's easier to understand that selling low locks is a permanent loss of capital.

Not being greedy enough

Yet there's an even bigger, more insidious misstep that too many investors make coming out of a bear market. It doesn't even look like a mistake at first, because it involves making money rather than losing it. It's this:

Selling out too early on the winning stock investments you make in a bear market.

Bear market recoveries will be among the most lucrative in your investing career. If you're disciplined enough to buy great stocks at low prices, the returns you'll earn will be far better than those you get on stocks you buy during bull markets. The temporary bargains bear markets bring offer a great chance to capitalize.

But to make the most of those opportunities, you have to do two things right. First, you have to be quick to buy while stocks are on sale. Often, the bargain doesn't last long -- and once you've missed it, the higher prices you'll pay will eat into your eventual returns.

Second -- and more importantly -- you can't give in to short-term thinking and take your profits early. The temptation to do so can be overwhelming, especially if you've suffered a big decline in the rest of your portfolio and want to demonstrate your ability to make a winning investment. The need for redemption can be almost overpowering.

Consider shares of Apple (AAPL 1.89%). During the 2008-2009 bear market, Apple shares lost well over than half their value. That came despite the success of the iPod and the then-recent release of the iPhone.

If you were smart enough to buy shares of Apple near their lows in December 2008, you could've doubled your money in just nine months. That would've been a huge win, as the stock enjoyed a full recovery of all of its past losses.

The problem, though, is that you would have missed out on huge gains. The split-adjusted share price when Apple hit its low was just $11 per share. Selling in the high $20s delivered a big profit, but by early 2011, the stock had climbed over $50 per share. Apple touched $100 in mid-2012, and it climbed as high as $325 per share or so at its top. So you could have multiplied your money almost 30-fold in a decade -- rather than settling for a mere double.

If you make a smart investment in a strong stock  during a bear market, don't be in a hurry to get rid of it. Hang on for dear life, because it could end up being the biggest winner you ever find.