Hybrid and convertible devices are here to stay. The Mac maker might as well get on the bandwagon.

"You can converge a toaster and a refrigerator, but those things are probably not going to be pleasing to the user," Apple (AAPL -1.80%) CEO Tim Cook famously said in 2012, taking a jab at Microsoft's (MSFT -1.32%) hybrid Surface device, which had just been unveiled around that time. Cook continued to dismiss the notion of 2-in-1 gadgets for years, calling Surface products "compromised" and "confusing."

Our competition is different. They're confused. They chased after netbooks. Now they're trying to make PCs into tablets and tablets into PCs. Who knows what they will do next?

In one of its biggest pushes yet to turn its tablet into a PC, Apple announced this week that it was bringing trackpad and cursor support to the iPad. 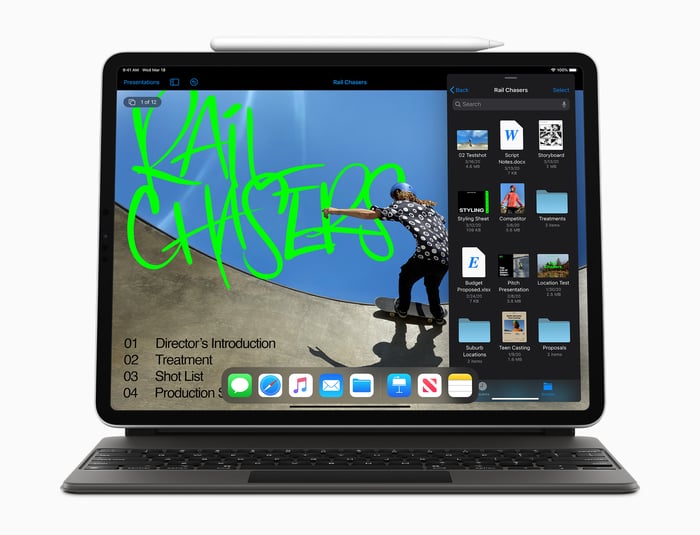 iPad Pro: The toastiest fridge we've ever made

To be clear, Apple has been subtly shifting its stance on hybrid devices for years. The Mac maker has been steadily adding more and more features to the iPad operating system intended to position the tablet as a laptop replacement -- things like support for external hard drives, a file system that Steve Jobs long derided as an antiquated paradigm; improved multitasking capabilities; and a desktop-class web browser, among others.

Yet this latest move feels different, particularly for a company that has always prided itself on creating revolutionary interfaces that eschew historical conventions. It was overt foreshadowing when Apple introduced the Apple Pencil, following in Microsoft's stylus footsteps. In embracing the familiar trackpad and cursor, albeit with some modern twists necessary for a touch-oriented operating system, Apple is signaling that it has accepted hybrid devices as a viable -- and compelling -- product category. 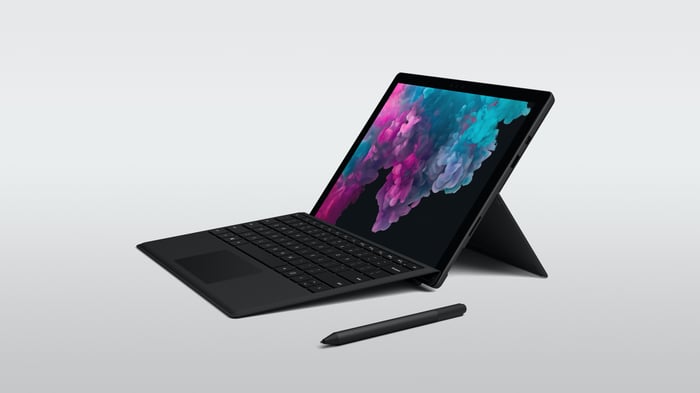 In a way, you could argue that Apple has been exercising Orwellian doublethink, bashing rivals' efforts while simultaneously pursuing a similar overarching strategy of making "tablets into PCs." Even now, Apple's marketing tag line for the iPad, "Your next computer is not a computer," betrays what the company is really after, much like the widely mocked "What's a computer?" iPad commercial that sparked viral memes.

Hybrids and convertibles are here to stay

The backdrop is that Microsoft's Surface business is booming, with Surface revenue hitting a record $2 billion last quarter. The software giant and longtime competitor continues to expand the lineup, which now includes a 2-in-1 Surface Studio to compete with the iMac, along with laptops, tablets, and everything in between. 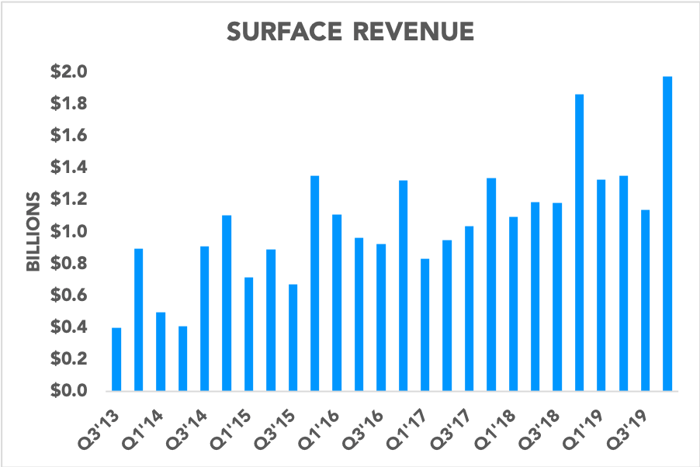 Surface is a fairly small part of the global PC market, but the lineup's success is indicative of a broader trend toward hybrids and convertibles that offer more flexibility and versatility in the mobile era, even if that comes with some compromises. Just about every Windows PC on the market now comes with a touchscreen with stylus support.

This category is here to stay. Apple might as well get on the bandwagon.