Shares of McDonald's (MCD 1.61%) were rising for the second day in a row as investors seemed to believe that the fast-food giant had been oversold. A number of restaurant stocks have rallied over the past two days as well.

Though there was no specific news out on McDonald's, the panic that swept the market in recent weeks seems to be fading to a degree, and investors are realizing that blue chips like the Golden Arches will survive the crisis and eventually bounce back. 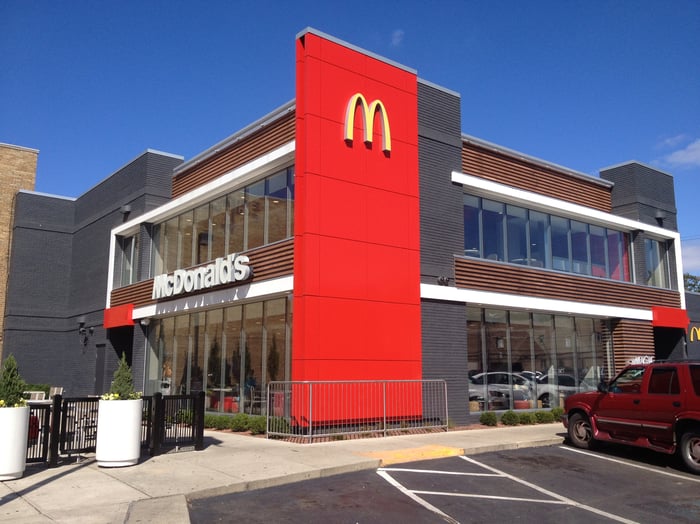 Out of all profitable publicly traded restaurant stocks, McDonald's generates about 40% of profits in the industry, a sign of its dominance.

The company has more than 35,000 restaurants around the world, most of which are franchised, and is a well-known brand. There's no question that McDonald's will take a hit from the global crisis; it has already said it would close seating areas at company-owned restaurants in the U.S. and is encouraging franchisees to do the same. But it will certainly recover over the long term.

The fast-food giant is also discussing relief on rent and royalties for franchisees while the crisis is going on. Adding to the hardship facing its franchisees would be an unwise move since McDonald's will need those partners when the crisis is over.

Research firm Cowen also recommended the stock as a defensive play during the crisis.

McDonald's shares were down more than 40% at one point during the recent sell-off, a remarkable drop for a blue chip stock. The company's financial results will be ugly for at least the next quarter or two, and its franchisees will need help. But as the market leader, it should emerge from the crisis in a stronger position than many of its rivals.